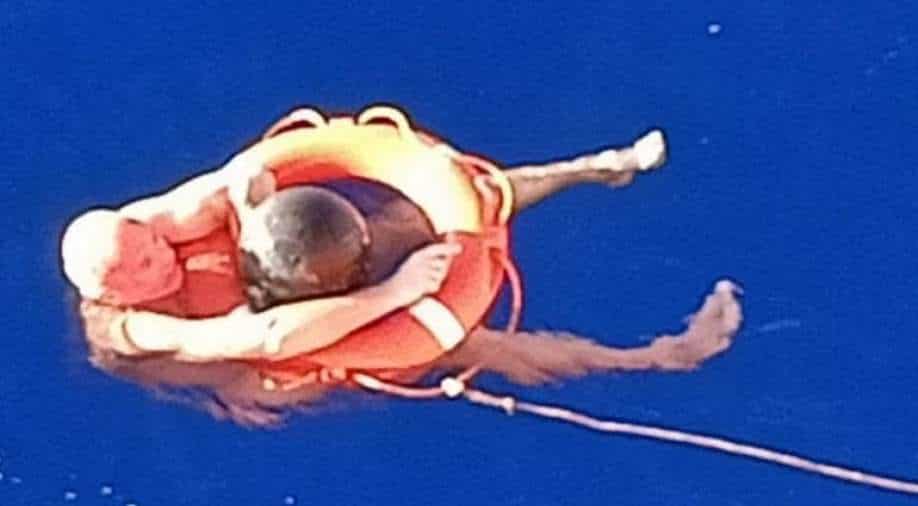 He later told his son that he had been feeling dizzy after wrapping up his night shift and went to the deck to relax before falling into the ocean Photograph:( Others )

When the sailor gained consciousness, he saw the ship sailing into the dark

A sailor spent over 14 hours in an old fishing buoy before he was rescued from the Pacific Ocean.

Vidam Perevertilov, a Lithuanian engineer, was onboard Silver Supporter, a cargo ship, during a routine supply run from Tauranga, New Zealand to the Pitcairn Islands, a British Overseas Territory last week.

He later told his son that he had been feeling dizzy after wrapping up his night shift and went to the deck to relax before falling into the ocean.

"He doesn’t remember falling overboard. He may have fainted," Perevetilov's son Marat was quoted as saying by New Zealand's Stuff.

Perevetilov added when he gained consciousness he saw the ship sailing into the dark. Meanwhile, the crew did not notice for six hours that the sailor went missing.

The ship made a distress call and a French navy aircraft was sent from Polynesia to search the ship.

Crew onboard were able to find that the 52-year-old sailor had been on the ship at 4 am because he had filed a log report.

Stranded in the middle of the ocean, Perevetilov after surviving the night saw a black speck on the horizon and despite being unsure of what it was, decided to swim towards it.

"His will to survive was strong, but he told me until the sun came up he was struggling to stay afloat," his son said.

Perevetilov continued swimming towards the black speck and the object turned out to be an abandoned fishing buoy.

The sailor went into the buoy and spent time in it till 6 pm when he was rescued by Silver Supporter after someone in the ship heard a "weak human shout".