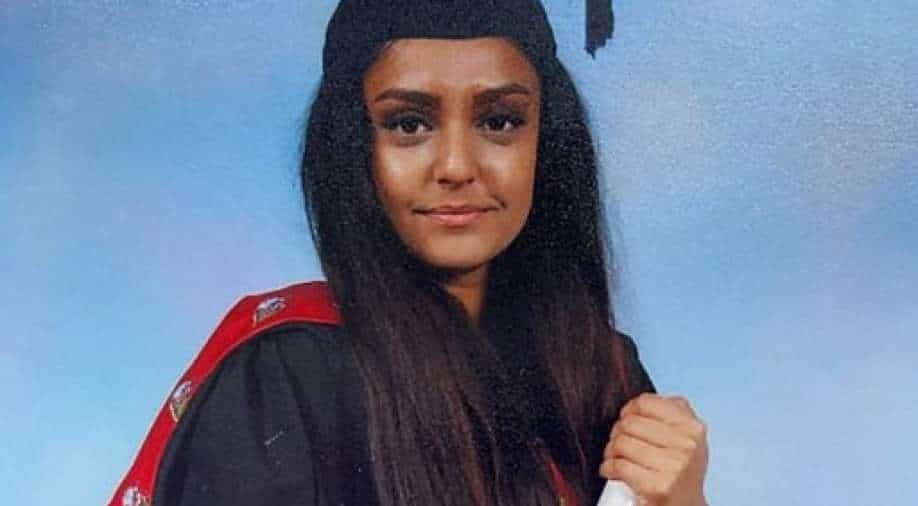 A CCTV footage shows him looking over his shoulder, putting up his hood and attempting to conceal the red item on the night of Nessa’s death

As investigation for Sabina Nessa murder continues, the detectives believe that the murderer was carrying “reflective red item” on the night of her death may have been used in the attack.

A CCTV footage shows him looking over his shoulder, putting up his hood and attempting to conceal the red item on the night of Nessa’s death.

Detective chief inspector Neil John, from the Metropolitan police’s specialist crime command, was quoted by The Guardian as saying, "People in the Kidbrooke area may recall seeing this man carrying a red reflective object, and possibly trying to conceal it up his sleeve. If so, please call police. He must be traced.”

As of now, two men have been arrested on suspicion of Nessa’s killing but have.

Nessa was making a five-minute walk from her home to meet a friend at a pub when she was killed.

She left her home in south London just before 8:30 pm on September 17, as she went towards The Depot Bar on Pegler Square in Kidbrooke Village.

However, she never arrived and her body was found in the park the next afternoon.

"Sabina's journey should have taken just over five minutes but she never made it to her destination," said Detective Inspector Joe Garrity.

A postmortem was also carried out on Monday. However, the police said that it was inconclusive.