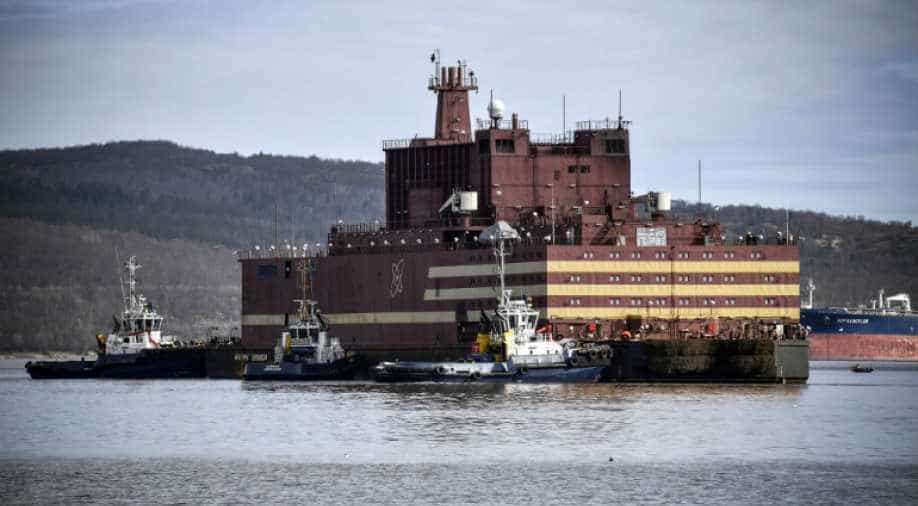 The plant will replace a coal-fired power plant and an ageing nuclear power plant supplying more than 50,000 people with electricity in Russia's far east region

Russia's first-floating nuclear power plant has finally received the right to operate and will provide heat and energy to the remotest regions of Russia in the Arctic.

Rosenergoatom, the state company behind the plant called the "Akademik Lomonosov", said the reactor will be transported to the port of Pevek - the northernmost town in Russia located above the Arctic Circle. It is part of the Chaunsky municipal district and far eastern region of Chukotka as a whole. The project, the company says, will provide power and energy to the remotest part of the country.

The barge can produce enough electricity to power a town of 200,000 residents, far more than the 5,000 live in Pevek. But it will be primarily used to power oil rigs as Russia pushes further north into the Arctic to drill for oil and gas and needs electricity in far-flung locations.

It is expected that the first kilowatt-hours of electric power will be distributed to the grid in December 2019, Rosenergoatom said.

"Placing a floating APP in Pevek will create conditions for accelerated social and economic development of the Chaunsky municipal district and Chukotka as a whole. In addition, the FNPP will become one of the key elements of the infrastructure in the framework of the Northern Sea Route development program," the company said in a statement.

The plant will replace a coal-fired power plant and an ageing nuclear power plant supplying more than 50,000 people with electricity in Chukotka.

Russia has long planned to launch the sea-borne power units, which, with their mobile, small capacity plants, are best suited to remote regions. It says they can help the environment by reducing greenhouse gas emissions blamed for global warming.

The small plants were designed to make it possible to supply electricity to hard-to-reach areas of Russia. They can operate non-stop without the need for refuelling for 3-5 years.

Environmental protection groups, including Greenpeace, have however demanded strict adherence to safety standards saying they were watching the floating facility's development "with great concern".

"Nuclear reactors bobbing around the Arctic Ocean will pose a shockingly obvious threat to a fragile environment which is already under enormous pressure from climate change," Jan Haverkamp, nuclear expert for Greenpeace Central and Eastern Europe, said in a statement sent to the Russian company.

Constructed by the state nuclear power firm Rosenergoatom, the 144 by 30 metre (472 by 98 foot) ship holds two reactors with two 35 megawatt nuclear reactors that are similar to those used to power icebreaker ships.