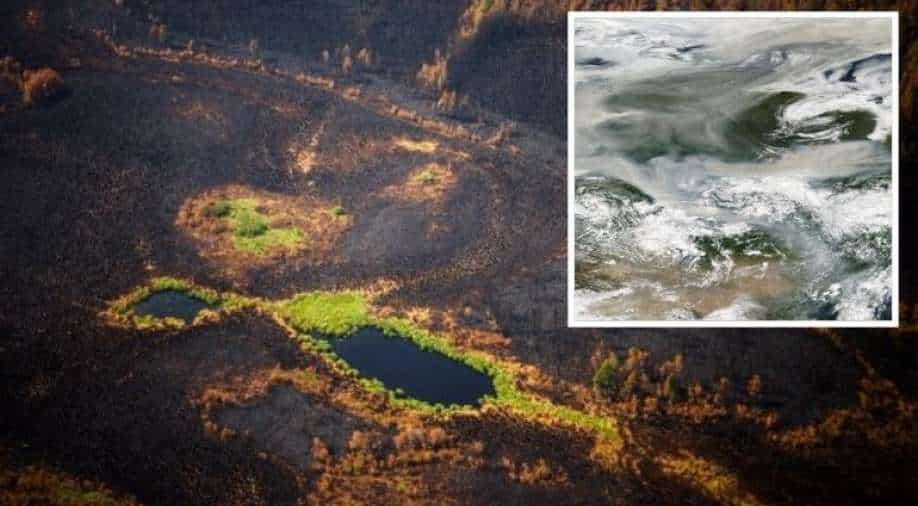 The wildfire smoke has travelled more than 3,000 km from Yakutia to reach the North Pole, making it a feat that "appears to be a first in recorded history".

The smoke from devastating wildfires burning across the Siberian region of Russia has reached the North Pole, as per data published on the official site of NASA's Moderate Resolution Imaging Spectroradiometer (MODIS).

The wildfire smoke has "travelled more than 3,000 km from Yakutia" to reach the North Pole, which "appears to be a first in recorded history", it said.

"This week, wildfire smoke has travelled more than 3,000 km from Yakutia to reach the North Pole, a feat that appears to be a first in recorded history," NASA said.

"The smoke, which was so thick that most of the land below was obscured from view, stretches about 2,000 miles (3,200 km) from east to west and 2,500 miles (4,000 km) from south to north—but it captures only a small part of the smoke from the Russian fires," it added.

Yakutia, which is one of Russia's coldest regions that sits atop permafrost, has seen record-high temperatures and drought this year.

The situation might worsen as the country's weather monitoring institute Rosgidromet said on Monday that the situation in the region — also known as Sakha — "continues to deteriorate".

The satellite imagery shows the extent of the damage after MODIS onboard NASA's Aqua satellite acquired the natural-colour image of large clouds of smoke spreading over Sakha on August 8, 2021.

A few days before the image was captured, at least 178 active wildfires in Sakha were reported by Russia's aerial fire protection service. 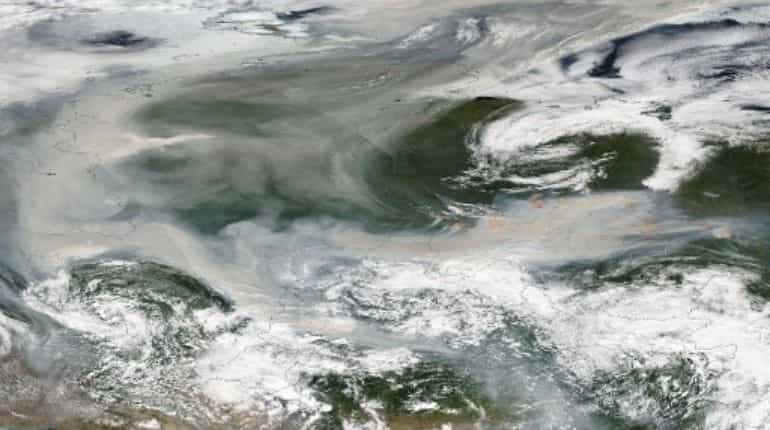 While the forest fires continue to rage, it is still difficult to ascertain the exact amount of forests burnt so far this year across Russia. However, according to Rosgidromet, close to 3.4 million hectares (8.4 million acres) are currently burning in the region, including areas that are "difficult to access and remote"

UN climate experts Monday published a report that shows unequivocally that global warming is unfolding more quickly than feared and that humanity is almost entirely to blame.