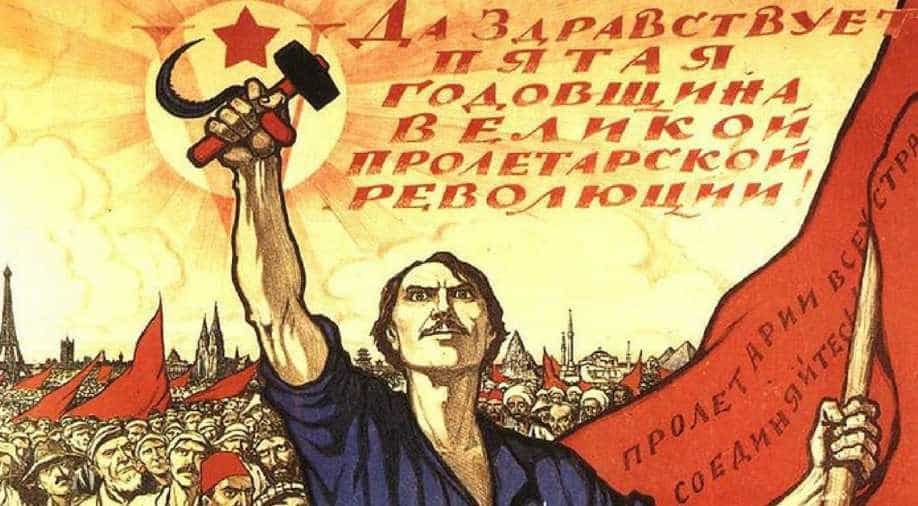 Like many other universities in Istanbul, Sabanci University (where I teach) also admits a sizable proportion of students who come from various erstwhile republics of the Soviet Union. Most of these students read, speak and write in fluent Turkish. Since several of these post-Soviet states were once ruled by the Ottoman Empire, the students are expected to have a certain degree of familiarity with the Turkish culture. Additionally, as an academic requirement, at least, the undergraduate students have to go through some basic training in the Turkish language. Yet, almost every Azeri, Georgian or Moldovan student whom I taught has told me that this fluency in the Turkish language has nothing to do with either historical advantage or academic necessity.

Instead, there are economic reasons which force them to spend substantial effort and time in mastering a foreign language. Not learning Turkish has a huge opportunity cost for them, since without a good knowledge of Turkish it is almost impossible for an undergraduate student to get a job in Istanbul. And although Sabanci University has quite a reputation in the Caucasus or in Eastern Europe, the brand value is still not that high which may help the students in fetching jobs in the EU.

Naturally, one may wonder why going back to their homelands is not an option after all. Is it the economic aspiration? Every year millions of young and bright minds across the emerging economies are emigrating to the developed economies - are their stories much different from the stories of these students of the post-soviet states?

Simple anecdotes suggest that the stories are indeed different. And then as we look at the facts and the figures, a much bigger tragedy unravels.

None of my Moldovan students wants to be an academic.

Moldovans took to the streets to raise their voices against massive corruption, protests broke out in Azerbaijan demanding an end to the government-backed oligarchy.

On average they are intelligent, hardworking and sincere, and they certainly have high regards for their professors. Yet, they have an almost inseparable resentment towards the education sector. A 2011 study conducted by Transparency International shows that in Moldova, the education sector is as corrupt as police or judiciary. School teachers who cannot supplement their meagre income with subsistence farming or extra payments from the parents of their students (in kind, typically with food or labor) openly ask for a price for the passing grade. Many of the academic institutions are also engaged in the business of fraudulent degree-granting, so much so that the in 2012 alone twenty-two heads of the higher academic institutions were legally prosecuted in the court.

While Moldovans took to the streets to raise their voices against massive corruption, protests broke out in Azerbaijan demanding an end to the government-backed oligarchy. In fact, most of the Azeri Oligarchs are directly in control of the provincial and federal governments. As oligarchy still reigns supreme in the country, young Azeris, such as my students from Sabanci University will rarely get a chance to be successful entrepreneurs. Last year when the global oil price went into a nosedive, the currency of Azerbaijan almost collapsed. As a result, the grip of the Azeri oligarchs tightened even more.

Oligarchy is a major problem in Georgia too. As a few elite businesspeople control bulk of the national wealth, the country suffers from severe economic anxiety. Almost half of the entire population of Georgia face either unemployment or long-term underemployment. World Bank data from 2013 suggests that the income inequality in Georgia is the worst among all the post-Soviet states.

During a recent trip to Georgia, I met locals who still believe that Georgia had its heyday under Stalin’s regime. Stalin, in spite of being a Georgian, considered Russia as the ‘first among equals’ and didn’t make any special provision for his homeland. Georgia with a largely agrarian economy still performed better than the other republics during the Soviet time.

Such sentiments, however, are not exclusive to the Georgians. Over the years, I personally met many people from the ‘Stans’ of Central Asia, and even from the Eastern bloc who largely believed that the quality of life was much better during the Soviet era. Uzbek chef, Romanian taxi driver, Bulgarian tourist, people with very different personalities and somewhat different worldviews rooted for a foregone dream which was conceived a hundred years ago.
Or was the dream conceived after all?

A hundred years after the Bolshevik revolution the post-soviet states suffer from the familiar woes which plagued these countries even in the beginning of the twentieth century.

A hundred years after the Bolshevik revolution the post-soviet states suffer from the familiar woes which plagued these countries even in the beginning of the twentieth century. A few corrupt elites are still in control of the national wealth, millions of working-class proletariats are even now struggling for survival, and the autocratic governments are still in the power. Yet, another Bolshevik revolution seems like a remote possibility, if not impossible at all. Despite the same institutional flaws and structural economic problems, the political aspirations of the current generations cannot be different anymore. Some historical perspectives may help us to understand this puzzle.

To start with, almost all of these countries were invaded by the Russian red army. The underlying intentions of Russia were not very different from that of the other contemporary European colonial powers. After Azerbaijan was incorporated in the Soviet Republic, Lenin wrote “we all know that our industries stood idle because of the lack of fuel. However, today, the proletariat of Baku has toppled the Azerbaijani government and is in charge of running the government. This means that now we own a basic economy that is capable of supporting our industries’’.

Instead of a proletariat revolution what actually happened in Azerbaijan was a direct conflict between the Russian red army and the Azerbaijani military; several thousands of Azeri soldiers died on the battlefields. The Caspian oil fields were too important to lose, and Lenin underscored that fact many a time. The other republics also have similar histories. Some memories of the revolution are certainly painful, bringing back the buried emotions.

The Soviet ideologists assumed the existence of new Soviet men who would lose any nationalist sentiment and adhere to communist intellectualism.

Emotions are easily triggered when there is a deprivation of liberty. Many of the first generation Homo Sovieticus was forcefully converted to a new anti-religion. The Soviet ideologists assumed the existence of new Soviet men who would lose any nationalist sentiment and adhere to communist intellectualism. In retrospect, it seems that the ideology was more of a theoretical possibility, and that too was a flawed one. The high-handedness of Soviet intellectuals ignored a thousand years of nonlinear history. As a result, most of the post-Soviet republics are now dogmatically religious.

If a Rip Van Winkle from one of these countries suddenly wakes up after a hundred years, he may find that the religious presuppositions have not been changed after all. Nationalist sentiments too, instead of being extinct, are at an all-time high. In fact right after the collapse of the Soviet Union, as soon as the new republics were established violent ethnic conflicts broke out. So, what legacy did the new Soviet men leave for their future generations?

In her noteworthy book ‘Secondhand time: the last of the Soviets’, Nobel laureate Svetlana Alexievich has chronicled and examined some of the failed legacies of USSR. An ex-employee of a Soviet archive tells her “Paper lies more than people do”; a lady from Abkhazia laments “We took the bus together, went to the same school, learned the same language… (and then war broke out) suddenly they were all killing each other. Neighbor killing neighbor, classmates killing classmates, brother killing sisters”; a soldier confesses “A soldier’s not a person. He’s an object…a tool…a killing machine…I wanted to kill myself about five times”.

Svetlana’s subjects might be strangers to us, but once they start narrating their stories it would be impossible to not be overwhelmed with emotions. In pages after pages, they describe how the leaders betrayed a once in a lifetime ideology, how the authorities showed a complete lack of compassion for the fellow human beings, how deception became the self-fulfilling tool to justify every wrong policy action.

But more than anything else, it seems that there was a tremendous disregard for the past which made the leaders believe in quick fixes for every sociopolitical trouble that emerged within the territories of USSR but outside the territories of Russia. And this too had a long legacy.

Capitalism in its current form cannot alleviate the problems of the post-Soviet states, but a possible reincarnation of the tried and tested socialist failures make the younger generations more worried.

The socialist movement in the Caucasian and Asian republics of USSR went haywire, and as soon as the command and control economy had collapsed the old feudal order, now known as Oligarchs, took over the control of the post-Soviet states.

Capitalism in its current form cannot alleviate the problems of the post-Soviet states, but a possible reincarnation of the tried and tested socialist failures make the younger generations more worried. The post-Soviet states are now in dire need of their own maverick thinkers who can perhaps establish a new economic order. Since an awfully long lull is still in effect, I hope the storm is not that far away. 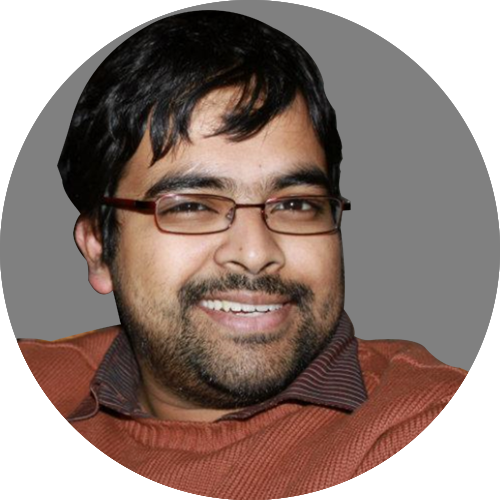 The writer is an assistant professor at School of Management, Sabanci University. He lives in Istanbul and closely follows international politics in general and Turkish politics in particular.