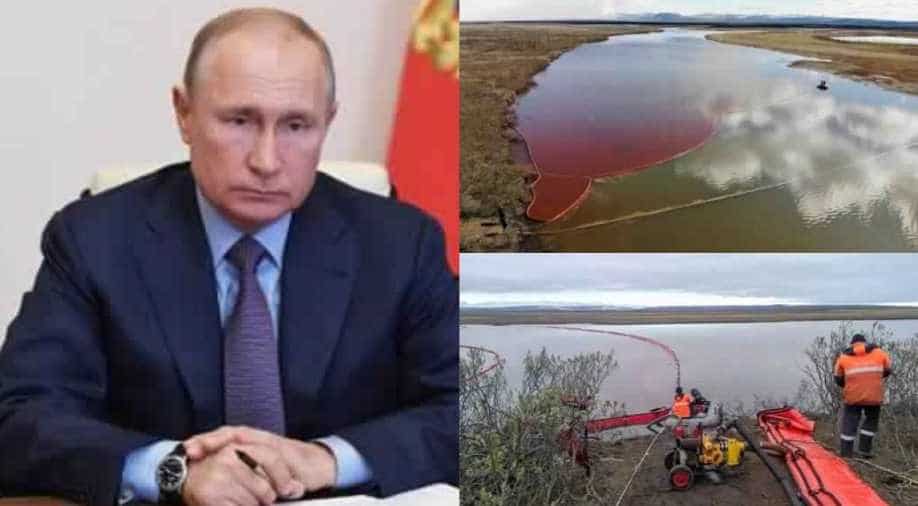 The World Wildlife Fund and Greenpeace Russia said that although climate change likely played a role in the spillage of more than 20,000 tons of diesel fuel from the Nadezhda plant, the risks of thawing permafrost to Arctic infrastructure were publicly known and could have been addressed months or years earlier.

Environmental groups have accused a Russian mining firm of emphasising the role of global climate change in last week’s historic oil spill in part to avoid punishment for its ageing infrastructure and potential negligence in the accident.

The World Wildlife Fund and Greenpeace Russia said that although climate change likely played a role in the spillage of more than 20,000 tons of diesel fuel from the Nadezhda plant, the risks of thawing permafrost to Arctic infrastructure were publicly known and could have been addressed months or years earlier. The leak turned two rivers near the Arctic city of Norilsk crimson.

The accident is one of the largest in Russian history and had been compared by Greenpeace to the Exxon Valdez spill.

Regional officials on Tuesday said some pollutants from the leak had reached Lake Pyasino, a large body of water that leads to the Kara Sea. But the main damage has been done to the local Ambarnaya and Daldykan rivers and may take a decade to clean, local officials and environmentalists have said.

The operational director for the mining firm Nornickel, Sergei Dyachenko, had earlier denied that negligence at its subsidiary could have caused the accident. In a company press release, he said that “anomalously warm temperatures” may have sped the thaw of permafrost beneath a gas tank and led to its collapse. In another press release, the company blamed the accident on “a sudden sinking of supports of the storage tank which served accident-free for more than 30 years”.

Experts have pointed to the broad impact of climate change in Russia’s Arctic region over the past decade, noting in particular how thawing permafrost has led to fissures in apartment buildings in Norilsk.

But environmental groups say they are worried that Nornickel, a company that has been attacked in the past as one of Russia’s biggest polluters in the Arctic, is now seeking to twist concerns about climate change to its defence.

“It’s an attempt to write off Nornickel’s failure in risk management and ecological safety on the fashionable topic of climate change,” said Alexey Knizhnikov of the World Wildlife Federation. “The main factor is mismanagement.”

The accident, and a government investigation into its causes, is likely to have serious repercussions for Russian industry in the Arctic. Russian oversight agencies have drafted plans to review oil reservoirs throughout the region and investigators have charged one power plant official with violating environmental protection rules, which carries a maximum sentence of five years.