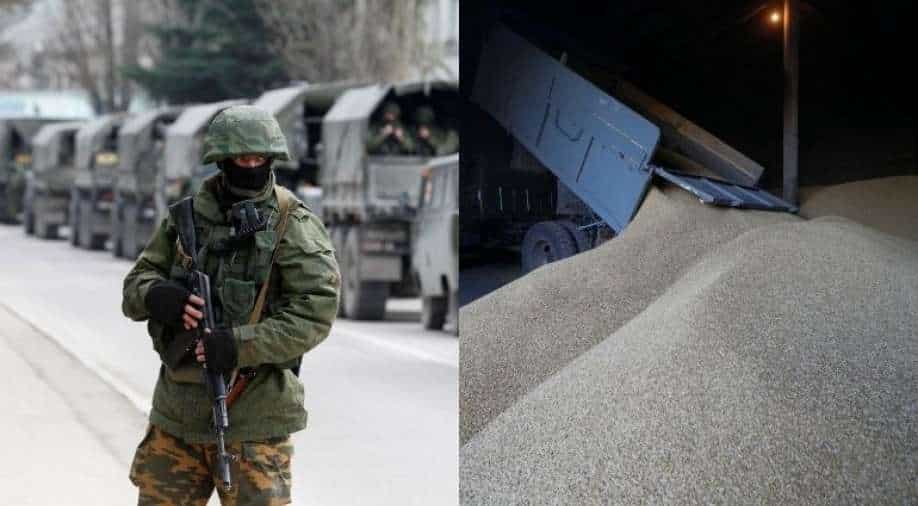 On Thursday, Russia was accused of stealing grain in occupied territory by Ukraine’s foreign ministry. It said that the act has increased the threat to food security in the region. In the last two weeks, grain theft has increased, said agriculture minister Mykola Solskyi. The allegations have been denied by the Kremlin

As the conflict continues to escalate, invading forces of Russia have been alleged to have stolen "several hundred thousand tonnes" of grain from areas under their control, media reports said.

The allegations have been made by Ukraine’s deputy agriculture minister on Saturday.

Since the beginning of the war, there have been numerous claims and counter claims by both the parties.

Around 1.5 million tonnes of grain, which was stored in occupied territory, may have been stolen by Russian forces, said Taras Vysotskiy, while speaking to Ukrainian national TV.

On Thursday, Russia was accused of stealing grain in occupied territory by Ukraine’s foreign ministry. It said that the act has increased the threat to food security in the region.

"I personally hear this from many silo owners in the occupied territory. This is outright robbery. And this is happening everywhere in occupied territory. There will soon be a wheat harvest in the south. But farmers in this situation may well say: 'Here are the keys to the tractor - go collect it yourself, if you want'," the ministry quoted Solskyi as saying.

The allegations have been denied by the Kremlin. It said it did not know where this information had come from.