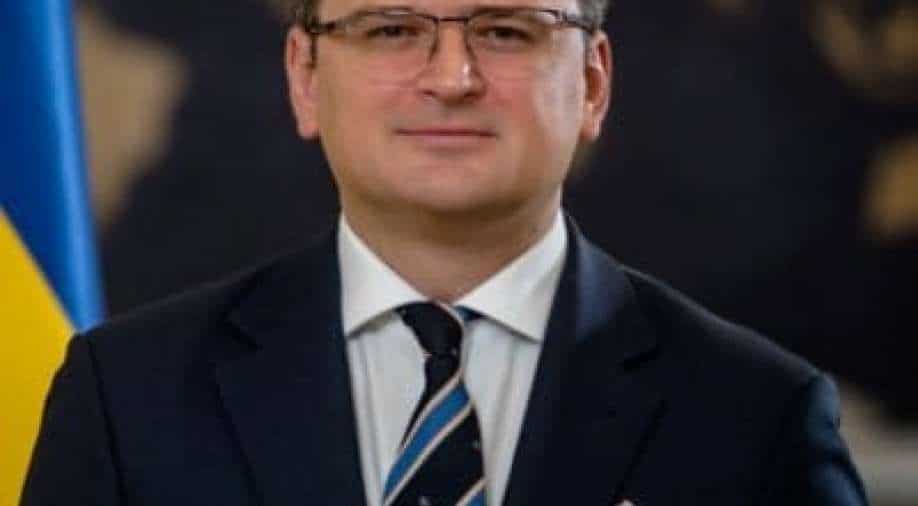 Moscow is worried that Ukraine may join the 30-country military alliance NATO fearing Russian security will be impacted, which Kyiv has dismissed.

In response to a WION question, FM Kuleba said, "although we consider Russian demands that Ukraine will never become a member of NATO unacceptable and illegitimate, our country does not stand against a dialogue between Russia and the West as such."

He further added that "during any dialogue, the core principle must be observed: no agreements must be made on Ukraine without Ukraine."

Moscow is worried that Ukraine may join the 30-country military alliance NATO fearing Russian security will be impacted, which Kyiv has dismissed. The Russia- Ukraine crisis has worried several western capitals with concerns of a Russian invasion of the country threatening the stability of Europe.

Foreign minister Kuleba pointed that, "Russian Federation has continued to send new troops to the border with Ukraine" and as of "30 December 2021, 52 battalion tactical groups have been deployed in close proximity to Ukrainian territory.".

The minister added that the total number of forces along the "border, and in the occupied Donbas and Crimea reached 126,000 troops, which includes 105,000 troops being present on the ground and 21,000 as naval and air components."

The seeds of the current crisis goes back to the 2014 Russian- Ukraine conflict that led to the Russian annexation of Crimea.

The peninsula internationally is still considered as part of Ukraine and around eight countries only - Afghanistan, Cuba, North Korea, Kyrgyzstan, Nicaragua, Sudan, Syria, and Zimbabwe have recognised the result of the 2014 referendum that led to the region coming under Russian administration.

The response sent by Ukraine foreign ministry said Russia has "developed capabilities to deploy more units in a short period of time, from one to two weeks" even as last year saw the country conducting "2,500 military drills near the border with Ukraine, strengthening the readiness of its forces to be involved in new military operations on Ukrainian soil" which include "use of troops, artillery, anti-tank weapons, reconnaissance and engineering units".

Ties between the two countries which share ethnic ties deteriorated after the 2014 "Revolution of dignity" in Ukraine that toppled pro- Moscow President Viktor Yanukovych. Post-revolution, the country increased its engagement with the West which has perturbed Russia.

The foreign minister, giving data said, "from January 1 to December 30, 2021, Russian forces launched 2,457 attacks against Ukrainian positions, leaving 66 Ukrainian soldiers dead and 273 wounded", while adding, "30 servicemen of the Ukrainian armed forces were killed by snipers and 14 were wounded."

He said, "Russia is also trying to undermine the energy security of Ukraine, including through decreasing gas transit, blocking the export of coal and forcing Belarus to ban electricity supplies. "

Even as the situation remains precarious, security talks will take place between Russia and the US on January 10 in Geneva and Russia and NATO will meet on January 12 in Brussels.

Ukraine's foriegn minister Dmytro Kuleba listed key things that are required from Russia which includes "immediately withdraw its forces from the border with Ukraine and from the occupied territories", "de-occupy parts of the Luhansk and Donetsk regions, as well as the Crimean peninsula", "withdraw forces and mercenaries from the occupied parts of Georgia and Moldova" and "recognise the right of any nation to decide its future, including joining international blocs and alliances."