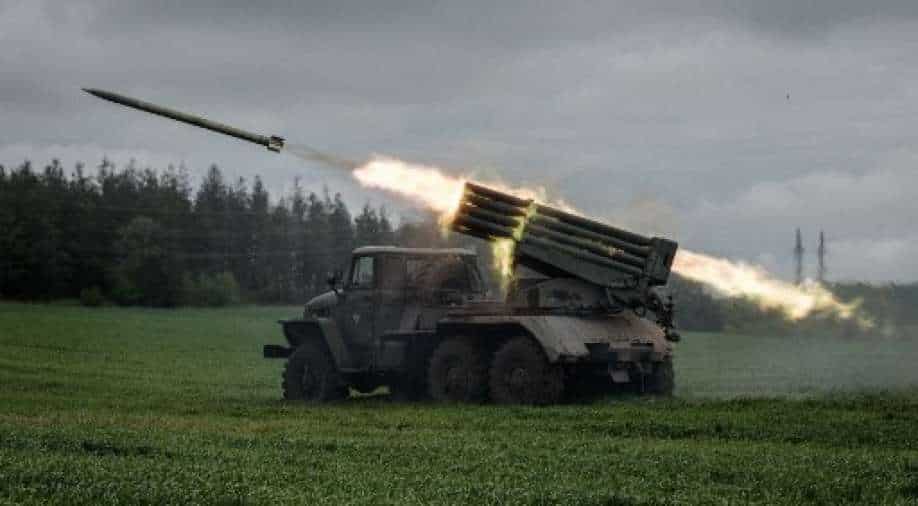 A rocket is launched from a multiple rocket launcher near Svyatohirsk, eastern Ukraine Photograph:( AFP )

Amid the Ukraine war, UK's defence intelligence said Russia has likely suffered losses of one-third of its ground force since February.

"Russian UAVs are vital for tactical awareness and directing artillery, but have been vulnerable to Ukranian anti-air capabilities," the intelligence report said.

Find out more about the UK government's response: https://t.co/VBPIqyrgA5

President Vladimir Putin had declared a "special military operation" against Ukraine on February 24 as Russian troops invaded the neighbouring country, however, the invasion force was met with fierce resistance from Ukraine's Army.

The British report claimed "Russia's Donbas offensive has lost momentum and fallen significantly behind schedule". Russian forces had declared earlier that it was concentrating its forces in the eastern region after its forces pulled back from areas around Kyiv.

"Russia has failed to achieve substantial territorial gains over the past month while sustaining consistently high levels of attrition," the report said.

The UK report claimed that "Russian bridging equipment has been in short supply" which has slowed down and restricted the offensive.

"Under the current condictions, Russia is unlikely to dramatically accelerate its rate of advance over the next 30 days," it said.