Russia-Ukraine war: US threatens Beijing with sanctions if it provides ‘material support’ to Moscow 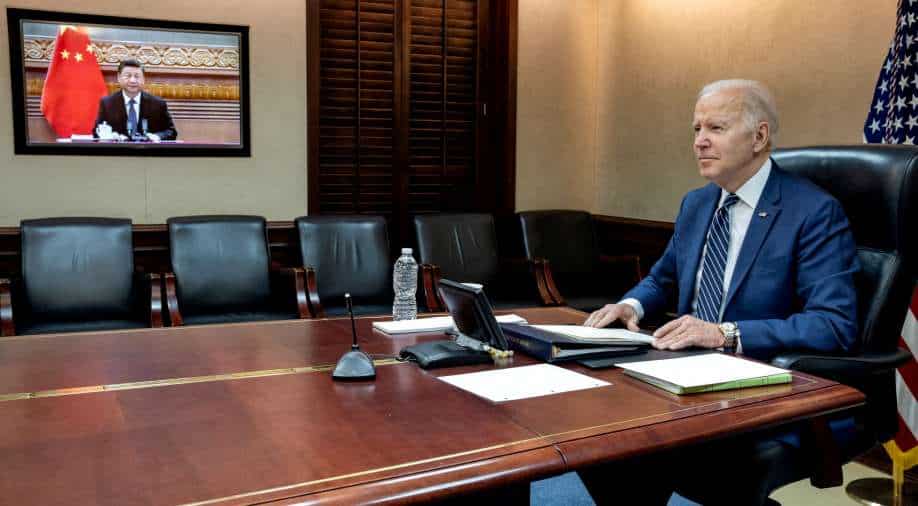 US said China should take note of the coordinated Western response over Ukraine if it holds aspirations of invading democratically governed island of Taiwan by force.

United States has threatened China with sanctions if it decided to provide “material support” to Russia.

In a veiled warning to Xi Jinping, US Deputy Secretary of State Wendy Sherman on Wednesday said that a range of sanctions announced by the West and its allies should serve as an example of what is expected to come should China sides with Russian President Vladimir Putin.

"It gives President Xi, I think, a pretty good understanding of what might come his way should he, in fact, support Putin in any material fashion," Sherman told a House of Representatives Foreign Affairs Committee hearing, according to news agency Reuters.

She further said that Beijing should take note of the coordinated Western response over Ukraine if it holds aspirations of invading democratically governed island of Taiwan by force.

"We hope that the PRC (People's Republic of China) understands that any such action would see a response from the international community, not just from the United States," she added.

US has been repeatedly warning China of consequences if it sides with Russia in Ukraine war.

In March, US President Joe Biden warned Xi during a video call against providing any material support to help Russia counter Western sanctions or to provide military assistance.

Biden later said that China knows its economic future is tied to the West, not Russia

China has so far refused to condemn the war and criticised the West for imposing sanctions.

China’s relations with Russia have come under even closer scrutiny since the two countries declared a “no limits” partnership in early February.

Western intelligence reports claimed that China knew in advance of Putin’s plans to invade Ukraine, and had reportedly urged the Russian president to delay the war until the Beijing Winter Olympics ends.

However, China has denied making any such request, and trashed the report as “baseless allegations.”