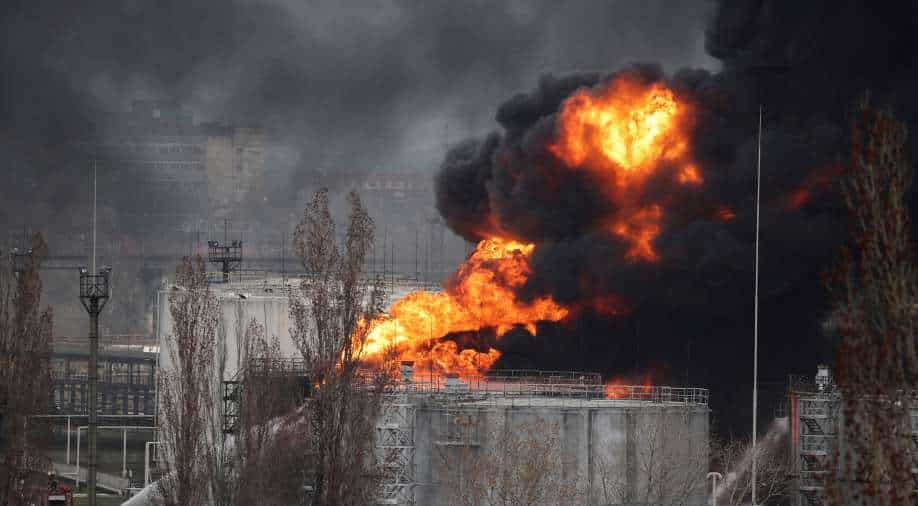 Ukraine has accused Russia of taking children hostage and using them as “human shields” while moving around their convoys near capital Kyiv.

During a media briefing on Friday, Ukraine's defence ministry spokesperson Col. Oleksandr Motuzyanyk, said, “The enemies have been using Ukrainian children as a living shield when moving their convoys, their vehicles, according to reports by local civilians.

He added, "Occupiers use those children as hostages as a guarantee that local civilians will not provide the enemy's coordinates to Ukrainian defenders."

It has further been claimed that the Russian forces had been taking children hostages in various conflict sites to deter locals from giving their coordinates to the Ukrainian forces.

The spokesperson further said at least 412 children had been injured or killed since the invasion began in February, of which 158 lost their lives.

Ukraine's foreign affairs ministry spokesperson also made similar accusations on Russian forces, claiming that their troops have been looting homes during their retreat from Kyiv.

"As Russian troops retreat from the Kyiv region after having sustained immense losses, they are looting houses of ordinary people," Oleg Nikolenko tweeted on Thursday.

Meanwhile, Russia continued with its offensive against the Ukrainian forces despite announcing that it would “drastically” scale down its troops.

On Saturday morning, Russian airstrikes hit Ukraine's strategic Black Sea port Odessa, after Kyiv had warned that Russia was trying to consolidate its troops in the south.

Russian troops have left scenes of devastation in the city of Bucha, just outside capital Kyiv, where nearly 300 people have been buried in a mass grave, mayor Anatoly Fedoruk told AFP.

"All these people were shot, killed, in the back of the head," Fedoruk said.