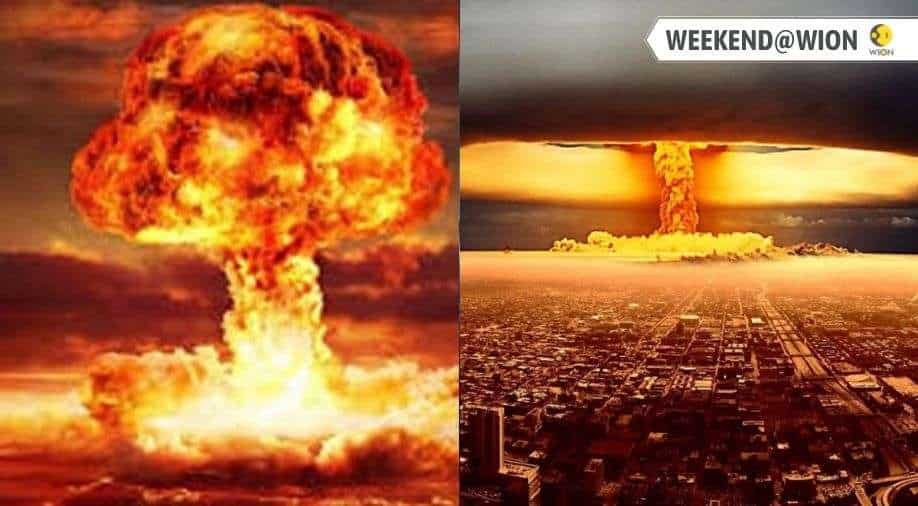 This is the first time a war has ever been waged in a country that had nuclear power plants. In Ukraine, four nuclear power stations are now operational, with a total of 15 nuclear reactors and multiple spent-fuel storage pools. Photograph:( Twitter )

A nuclear assault might kill tens of thousands to millions of people in a country that no longer has nuclear weapons after handing them over to Russia in 1994.

The world watched in surprise as Russian President Vladimir Putin revealed that his nuclear deterrent forces had been placed on "special alert."

Could he actually be threatening nuclear war, which was traditionally thought to be a relic of the Cold War past?

If Putin believed he would lose the battle without nuclear weapons, it is not impossible that he would use them in Ukraine.

Also read | Russia-Ukraine conflict: Will there be a nuclear war? Your questions answered

A loss in Ukraine would be a major setback for Putin at home, and he may feel that it would jeopardise his ability to stay in power.

Putin also has reason to be concerned about further economic penalties from the West, which have caused the ruble to plummet by about 30% so far.

When does a threat to Russia's economy become a personal threat to Putin?

Putin, on the other hand, must be wary of the worldwide fallout from unleashing nuclear weapons in Ukraine.

A nuclear assault might kill tens of thousands to millions of people in a country that no longer has nuclear weapons after handing them over to Russia in 1994.

The bomb hasn't been used in war in 77 years, and its deployment now would be disastrous not only for Russia's already-poor reputation, but also for world peace and security.

Putin, on the other hand, may not be deterred from using nuclear weapons on Ukraine because he believes he can get away with it.

So, what if the conflict escalates into a nuclear conflict?

According to experts, even a "limited" nuclear conflict might result in a catastrophic worldwide nuclear winter, killing billions of people.

What is nuclear winter?

Nuclear winter is a hypothetical phenomena that describes the short- and long-term climate effects of an atomic war.

According to the argument, the cascading effects of such a war would kill more people than the direct casualties in the warring countries.

And we are all fully aware of the potential immediate effects of a nuclear war!

According to a 2014 research, even a limited nuclear war would produce enough smoke to block enough sunlight to cause the Earth to endure its coldest temperatures since the last ice age thousands of years ago.

Because the smoke will persist in the stratosphere for years, climate models predict that surface temperatures will remain low for more than 25 years.

This is owing to the thermal inertia created by the cooling of ocean waters, as well as the increased reflection of sunlight back into space by expanded sea ice.