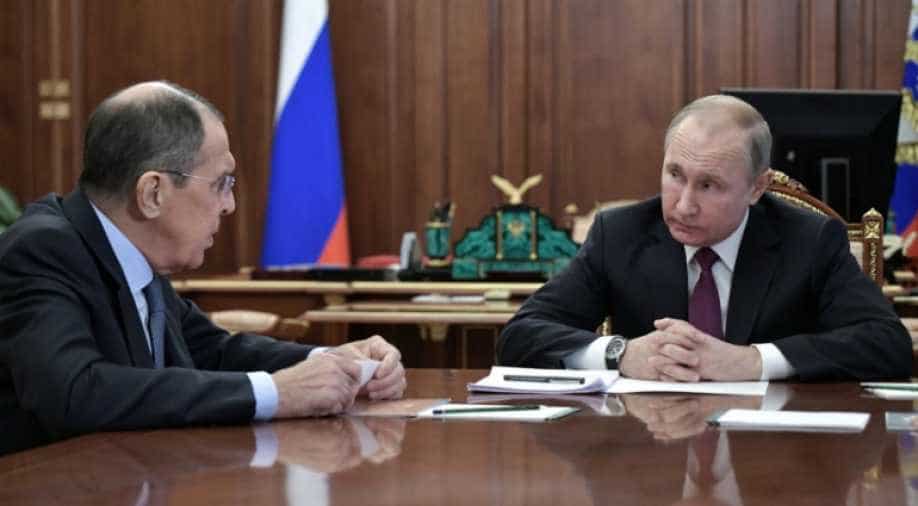 The treaty was signed in 1987 between the former Soviet Union and the US, marking the first-ever pact reached by the United States and Russia on nuclear disarmament.

Russia will exit the Intermediate-range Nuclear Forces (INF) Treaty in six months as part of a symmetrical response to the US pull out, the Interfax news agency cited Foreign Minister Sergei Lavrov as saying on Wednesday in Turkmenistan.

The US had announced its decision to withdraw from the decades-long landmark nuclear arms control pact with Russia on Friday.

In response, Russian President Vladimir Putin announced on the following day that Russia will suspend its participation in the INF Treaty, and will not initiate any further treaty-related international negotiations.

The treaty was signed in 1987 between the former Soviet Union and the United States, marking the first-ever pact reached by the United States and Russia on nuclear disarmament and a major step forward in restricting the arms race.

Meanwhile, Representatives present at the regular session of the UN Conference on Disarmament in Geneva on Tuesday called for continued implementation of the INF Treaty for international cooperation and security, from which the United States is withdrawing.

At the session, the participants expressed concern over the U.S. withdrawal from the treaty and called on all countries to earnestly safeguard the multilateral disarmament negotiating system in the context of the deteriorating global security environment.

The US disarmament ambassador stressed that the United States had to start the withdrawal process because of what he called Russia's long-term violation of the INF Treaty.

The Russian representative emphasised that although the US had begun the process of withdrawing from the treaty, Russia would not deploy medium- or long-range missiles in Europe and elsewhere.