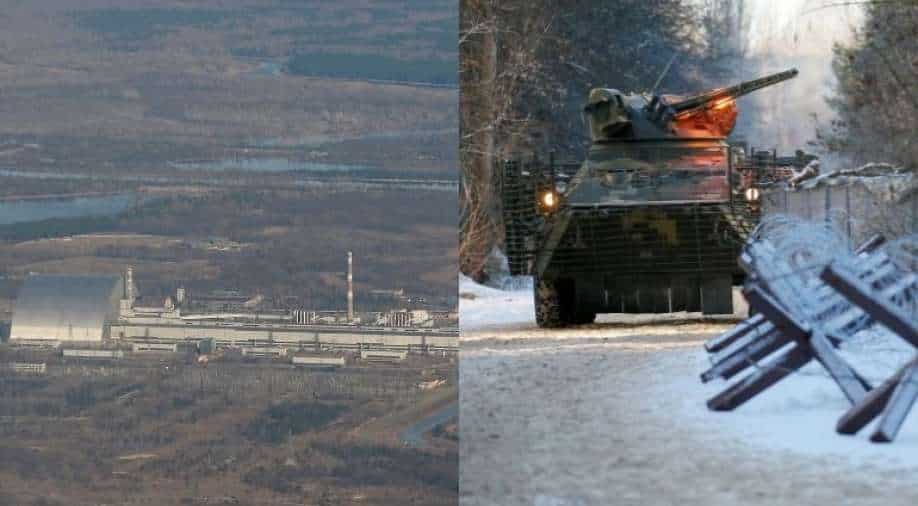 Ukrainian officials have said that all 13 border guards deployed on the island south of the port city of Odessa were killed by gunfire from a Russian warship.

A spokesman for Russia's defence ministry said on Friday (February 25) that the country will deploy paratroopers to help guard the closed Chernobyl nuclear power plant near Ukraine's capital, Kiev.

Radiation levels at the plant are normal, the spokesman told the briefing. He said that Russian troops, who started a full-scale military operation in Ukraine on Thursday, had destroyed 118 Ukrainian military infrastructure sites.

The ministry also said that Russian forces have captured Zmiinyi (Snake) Island in the Black Sea, where 82 Ukrainian soldiers surrendered to them.

Ukrainian officials have said that all 13 border guards deployed on the island south of the port city of Odessa were killed by gunfire from a Russian warship.

"82 Ukrainian soldiers in the Zmiinyi island area laid down their arms and capitulated to Russian soldiers. Now they must sign a statement that they refuse to participate in military actions. Soon they will be returned to their families, "said Russian Defence Ministry spokesman, Igor Konashenkov.

"Yesterday, on February 24, Russian paratroopers took under control the territory around the Chernobyl nuclear power station. An agreement has been reached with a Ukrainian military group guarding the power station to jointly defend the power units and sarcophagus of the Chernobyl nuclear power station. The radiation level in that area is normal. The station staff continue to maintain the station's facilities and control the radiation environment. Joint activities of Russian paratroopers and Ukrainian guards guarantee protection from nationalistic or terroristic group who may decide to use the situation in the country to organise a nuclear provocation," Russian Defence Ministry spokesman, Igor Konashenkov.