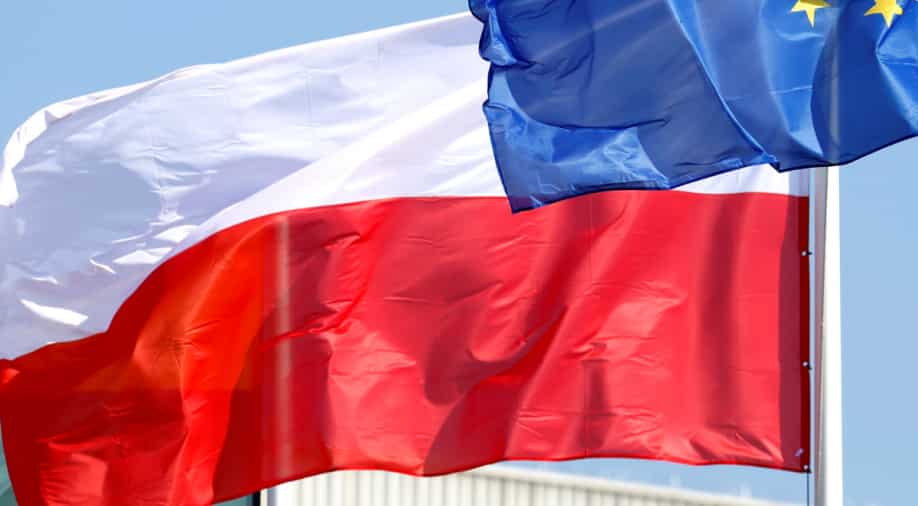 The mayor of Smolensk city confirmed the removal on Friday evening, publishing a photo showing the Russian flag flying alone at the memorial's entrance. Photograph:( Reuters )

Russian authorities have removed a Polish flag from a memorial commemorating the thousands of Poles killed by the Soviet Union, amid heightened tensions between Moscow and Warsaw over the Ukraine conflict.

Historians and visitors to the Katyn memorial in western Russia's Smolensk region noted the flag's disappearance on social media on Friday.

The mayor of Smolensk city confirmed the removal on Friday evening, publishing a photo showing the Russian flag flying alone at the memorial's entrance.

"There cannot be Polish flags on Russian monuments. Even less so after the frankly anti-Russian comments by Polish political leaders," Andrei Borisov said on social media platform VKontakte.

"The culture ministry of the Russian Federation made the right decision by removing the Polish flag. Katyn is a Russian memorial."

The decision to take down the flag comes as tensions between Russia and Poland have spiked since Moscow launched its military operation in neighbouring Ukraine in February.

Poland, a member of NATO and the European Union, has vocally supported Ukraine diplomatically and by supplying it with weapons.

The country has also hosted by far the largest number of Ukrainian refugees within the bloc -- more than 1.1 million according to the latest UN figures.

The Katyn memorial was erected in memory of the 25,000 Poles, mostly army officers deemed anti-communist, massacred by the Soviet Union's political police in a forest near Smolensk in 1940 on the orders of Joseph Stalin.

The Soviet Union had long denied responsibility for the killings, accusing the Nazis of the crime, before admitting the truth in 1990.

The episode poisoned relations between Russia and Poland.

In 2010, a Smolensk-bound plane carrying the Polish president crashed, killing its 96 passengers. The investigation into the incident became another source of tension after the countries tried to improve their ties.