Russia pulls back some troops from Ukraine border, Kyiv says ‘we will see, then believe’ 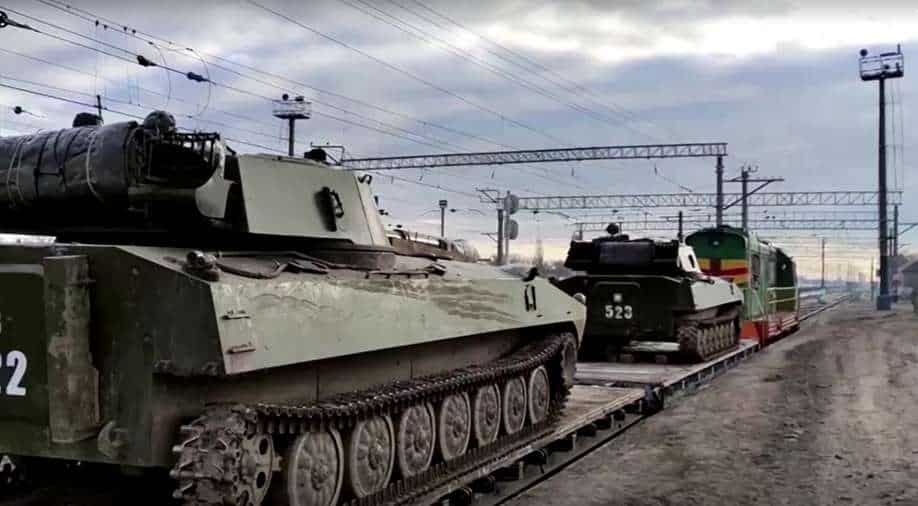 Russia and the West have been at loggerheads ever since reports came out that over 100,000 Russian troops were deployed near their neighbour’s borders. Photograph:( Reuters )

It is unclear how many units have been withdrawn, but it was the first announcement of a Russian drawdown in weeks

Russia has announced to pull back some of the troops near the Ukrainian border to their bases after completing drills, an indication of a possible de-escalation during the crisis with the Western nations.

Russia and the West have been at loggerheads ever since reports came out that over 100,000 Russian troops were deployed near their neighbour’s borders.

The US and its NATO allies alleged that the troop movement was part of a Russian invasion plan—which Vladimir Putin denied.

In fact, US President Joe Biden believed and reportedly informed his allies that Russia would launch an attack on February 16.

On Tuesday, the Russian defence ministry's spokesman said that some forces deployed near Ukraine had completed their exercises and were packing up to leave.

“Units of the Southern and Western military districts, having completed their tasks, have already begun loading onto rail and road transport and today they will begin moving to their military garrisons,” the ministry's chief spokesman, Igor Konashenkov, told Russian news agencies.

Another diplomat mocked the Western intelligence for naming the date of a Russian invasion, saying, "February 15, 2022, will go down in history as the day when Western war propaganda failed."

"They were humiliated and defeated without a single shot," Maria Zakharova, a spokesman for the Russian foreign ministry said on social media.

It is unclear how many units have been withdrawn, but it was the first announcement of a Russian drawdown in weeks.

Meanwhile, while crediting its diplomatic efforts to avert a Russian invasion, Ukraine called on Russia to pull back all of its remaining forces from the countries' shared frontier.

“We have a rule: don't believe what you hear, believe what you see. When we see a withdrawal, we will believe in a de-escalation,” foreign minister Dmytro Kuleba told reporters following reports some Russian troops were returning to base.

Watch | Reports: Some Russian forces returning after drills in Ukraine