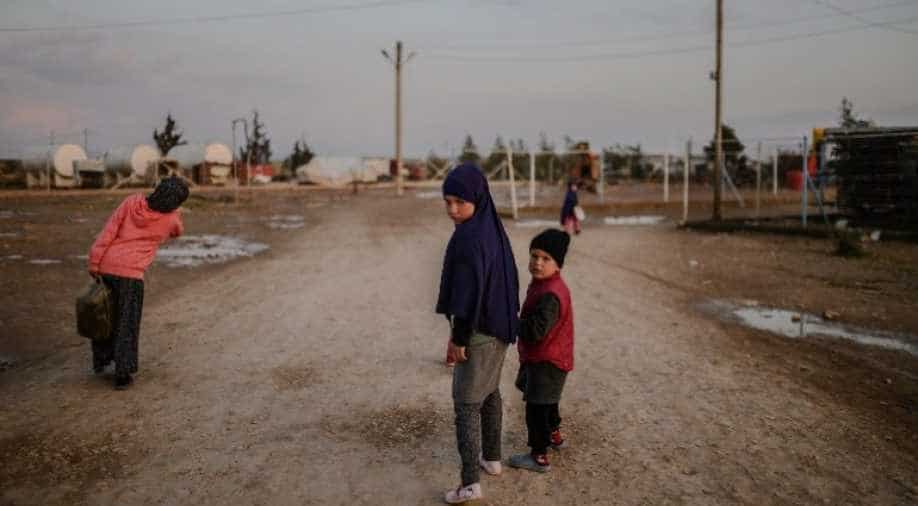 Earlier this month, 27 children, from four to 13 years old, were flown from Iraq to the Moscow region.

As the end nears for the IS enclave in Syria and the fate of jihadists' family members becomes a prescient issue, Russia can be seen as a pioneer in systematically returning children of Islamist fighters home.

A potential homecoming of the many foreign women who have gone to live in the IS "caliphate" and their children, many of whom were born there, has been a subject of debate in Russia, with some security chiefs seeing them as potential threats.

Earlier this month, 27 children, from four to 13 years old, were flown from Iraq to the Moscow region.

Clutching stuffed toys and bundled in winter jackets, the children were carried off the cargo plane to face the Russian winter after years in the desert.

After health exams, they would be given into the care of their uncles, aunts, and grandparents in the Russian North Caucasus, the majority-Muslim territory in the south of Russia that is home to most of the Russians that had joined the Islamic State group.

Another 30 children were brought back in late December.

"They attend school and kindergarten. Volunteers work with them and talk to them about what they have been through, explaining how they have been indoctrinated," said Kheda Saratova, an advisor to Chechnya leader Ramzan Kadyrov, who has assumed a central role in the process of repatriating Islamists' relatives.

Russian authorities have given sometimes conflicting figures of returnees. Saratova said that about 200 children have been brought to Russia, but nearly 1,400 are still stuck in Iraq and Syria.

Endorsing Kadyrov's efforts, President Vladimir Putin in late 2017 called the drive to return the children "a very honourable and correct deed" and promised to help.

"It's very good for the image of Kadyrov. He seems somebody who doesn't just use violence against terrorists but who builds mosques and hands out humanitarian aid," said Grigory Shvedov, who edits a Caucasus-focused news website Caucasian Knot.

When he began Russia's intervention in Syria in 2015, Putin justified it by the need to kill jihadists before they come to Russia.

Although some regions have tried rehabilitation programmes for Islamic extremists, these have failed to catch on at the national level. Young men who returned from Syria or Iraq and turned themselves in have faced harsh punishment.

This month Russia's Supreme Court confirmed a 16-year-term for a young man who went to Syria as a 19-year-old student and worked as a cook and driver on IS-controlled territory for six months.

Returning the wives of jihadists is also complicated by the absence of an extradition agreement between Russia and Iraq, where many have been sentenced, sometimes to life, in prison.

But there is also reluctance by Russia's powerful security services to bring home adult civilians.

FSB chief Alexander Bortnikov in November noted that many women with children exiting conflict zones have been used by jihadists as suicide bombers or recruiters.

"The FSB sees them as dangerous, even though many of these wives purchase their freedom from the Kurds and will eventually return one way or another," said Saratova.

Any affiliation with Islamic State jihadists is a crime, since the group is banned under Russian law.