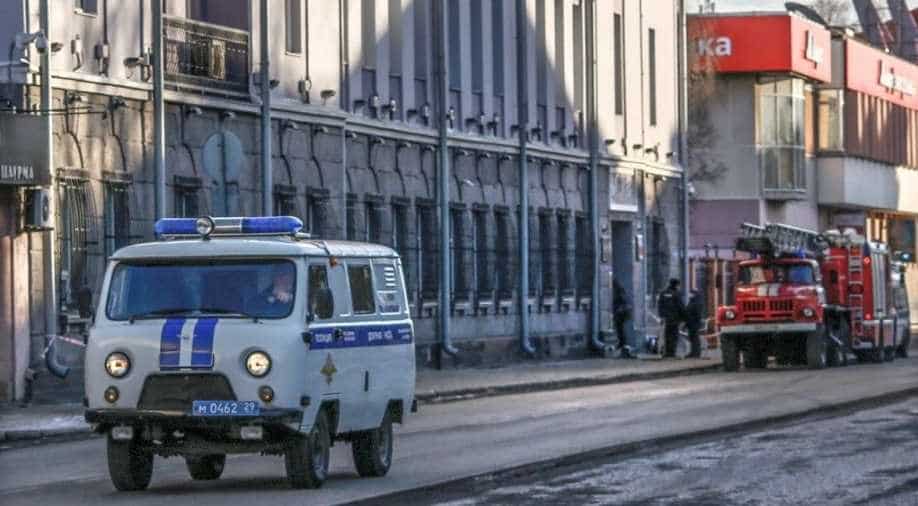 The agency, Rosatom, said five people killed in the blast were its staff members, and the accident involved "isotope power sources", giving no further details.

Russia's state nuclear agency acknowledged for the first time on Saturday that nuclear workers were involved in an explosion during a rocket engine test that caused a spike in radiation in a nearby city.

The agency, Rosatom, said five people killed in the blast were its staff members, and the accident involved "isotope power sources", giving no further details.

Russia has given no official explanation for why the explosion of a rocket engine near the White Sea in northern Russia would have caused radiation to spike.

Statements on Saturday by state nuclear agency Rosatom were the first confirmation of the involvement of the body responsible for Russia's atomic power industry.

Rosatom said five of its staff members were killed and three others injured in the blast, which took place during a rocket test on a sea platform. The rocket's fuel caught fire after the test, causing it to detonate and the explosion threw several people into the sea, it said in a statement carried by Russian news agencies.

"Searches continued as long as there was hope to find survivors," Interfax news agency cited Rosatom as saying.

There were no further details of the rocket or fuel type.

In a separate statement Rosatom said the accident occurred during the engineering and technical support of "isotope power sources" on a liquid propulsion system. It gave no further explanation, and a spokeswoman at the agency contacted by Reuters declined to clarify.

Asked if there had been a release of radiation as a result of the incident, the spokeswoman said Rosatom had nothing to add to statements released earlier by the defence ministry and regional authorities.

Russian authorities had previously said two people had been killed in the incident in the Arkhangelsk region of northern Russia.

The defence ministry initially said no change in radiation was detected, but that was contradicted by local officials in the nearby city of Severodvinsk who said radiation had briefly spiked, without saying how high. The statement put out by the city was taken down on Friday without explanation.

Authorities said after the incident they had shut down part of a bay in the White Sea, although public shipping information from the port of Arkhangelsk showed the area had been closed for the preceding month. It did not say why.

Local residents have been stocking up on iodine, used to reduce the effects of radiation exposure, after the accident, regional media have reported.

An unidentified naval officer quoted by the Kommersant newspaper said the accident could have occurred at a testing site at sea and that the explosion of a rocket could have caused a toxic fuel spill.

US-based nuclear experts have said they suspect the blast and radiation release could have occurred during the testing of a cruise missile that used nuclear propulsion.

Greenpeace cited data from the Emergencies Ministry that it said showed radiation levels had risen 20 times above the normal level in Severodvinsk.

Russian media have said the rocket engine explosion may have occurred at a weapons testing area near the village of Nyonoksa. Those reports say an area near Nyonoksa is used for tests on weapons, including ballistic and cruise missiles that are used by the Russian navy.