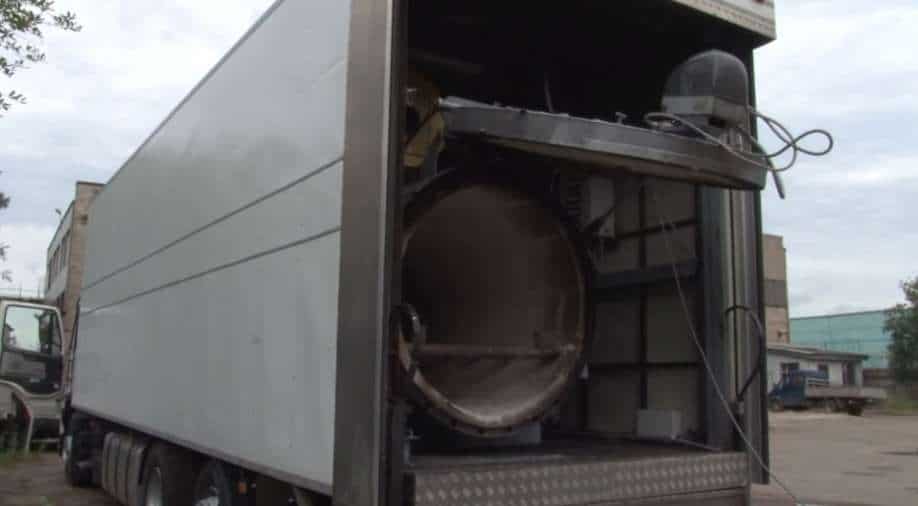 As Russia prepares to send in more troops into Ukraine, there are reports emerging that Moscow might also dispatch mobile crematoriums to follow the invasion troops in order to hide the number of casualties.

The British Ministry of Defence released a video on Wednesday of the trucks that can incinerate bodies one at a time and suggested that the Kremlin might deploy them in its war with Ukraine, the Telegraph reported.

If I was a soldier and knew that my generals had so little faith in me that they followed me around the battlefield with a mobile crematorium, or I was the mother or father of a son, potentially deployed into a combat zone, and my government thought that the way to cover up losses was a mobile crematorium, I’d be deeply, deeply worried,” UK Defence Secretary Ben Wallace told the paper.

“It’s a very chilling side effect of how the Russians view their forces,” he said of the footage first posted back in 2013.

At least 198 civilians, including three children, had been killed since Moscow launched the attack, Ukraine said.

Also read | Who is the ‘Ghost of Kyiv’? The ace pilot giving hope to Ukrainians

But Russia has not disclosed how many of its soldiers have been killed in the invasion, which it calls a "special military operation."

The Russian forces have intensified their attack in the Ukrainian capital Kyiv and other areas by targeting military infrastructure and other major facilities.

On Saturday, Russia announced that it would intensify its attacks against Ukraine and “to broaden its offensive” against its neighbour “from all directions”.

In Paris, French President Emmanuel Macron warned that the world must brace for a long war.

"This crisis will last, this war will last and all the crises that come with it will have lasting consequences," Macron said. "We must be prepared".

After speaking to Macron, Zelensky tweeted to thank "partners" for sending weapons and equipment.