Russia journalist freed in prisoner swap with Kiev thanks Putin 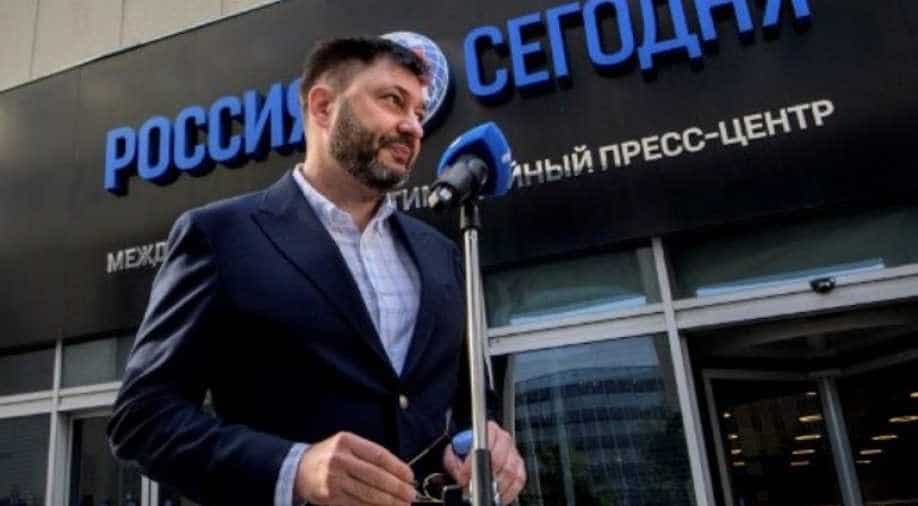 Vyshynsky, a dual Ukrainian and Russian national working for Moscow's RIA Novosti state news agency, was detained in Kiev last year and charged with "high treason" in the interests of Russia.

Kyrylo Vyshynsky, a Russian-Ukrainian journalist flown to Moscow as part of a landmark prisoner swap with Kiev, on Monday thanked President Vladimir Putin and said his case was politically motivated.

Vyshynsky, a dual Ukrainian and Russian national working for Moscow's RIA Novosti state news agency, was detained in Kiev last year and charged with "high treason" in the interests of Russia.

The 52-year-old was one of 70 prisoners released in a long-awaited exchange between the two countries on Saturday.

"A huge thank you to Russia's political leadership and personally Vladimir Putin," Vsyshynsky said at a press conference in Moscow.

The state news journalist said his case "was a political story and my release is the result of political efforts.

"When I saw the accusations against me by the Ukrainian security services, I knew that I was not going to be judged (in court), that they needed me for an exchange and to exert pressure (on Moscow)," he said.

But he felt "no hate" towards Ukraine, he added.

"I do not have strong feelings towards those people, who were obeying orders. And I know who gave those orders, but I do not hate them either," he said.

Vyshynsky accused former Ukrainian president Petro Poroshenko of ordering his arrest to boost approval ratings. If the politician had not lost Kiev's presidential election in April, he would still be behind bars, he said.

Ukraine's SBU security services accused Vyshynsky of travelling to the Black Sea peninsula of Crimea in 2014 to carry out "subversive" reporting and justify its annexation by Russia.

Kiev also accused him of having supported the Russia-backed separatists fighting against its forces in eastern Ukraine.

Some 13,000 people have been killed in the conflict that broke out in eastern Ukraine shortly after Moscow annexed Crimea in 2014. The international community refuses to recognize the annexation.