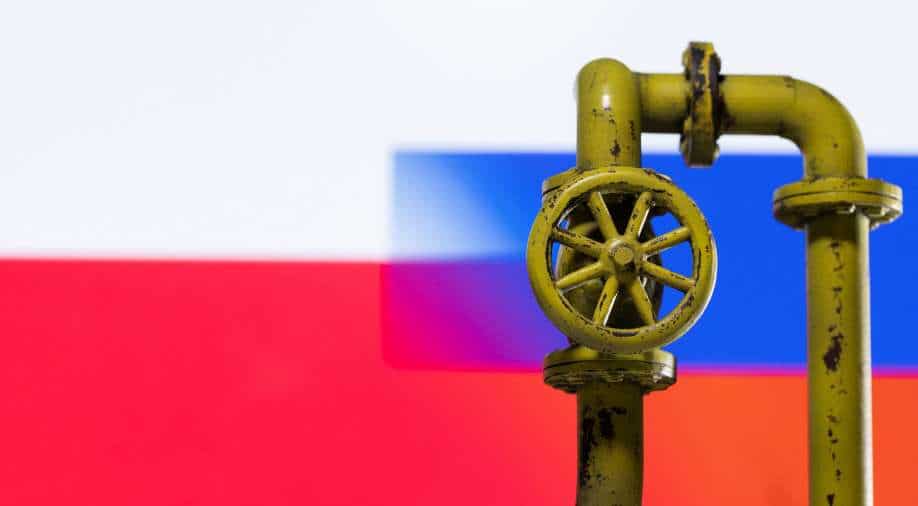 Amid the gas row, Poland said its energy supply was secure Photograph:( Reuters )

The Bulgarian government claimed that it had made all gas payments to Russia in accordance with the contract.

In a major energy tussle amid the Ukraine war, reports claim Russia has halted gas supply to Poland and Bulgaria.

Reports had claimed earlier that gas supply to Poland was halted briefly on Wednesday by Russia but restored later. Russia's energy conglomerate Gazprom had threatened to cut off gas supplies to both countries over their refusal to pay in roubles.

The Bulgarian government added that it had made all payments in accordance with the contract. Poland had earlier imposed sanctions on Russia after President Putin announced his "special military operation" against Ukraine on February 24.

European Commission had indicated that it could find a way around Russia's demand for payment in roubles amid the sanctions.

Poland's gas company PGNiG which collaborates with Russia had said earlier that it won't be renewing the contract which expires at the end of the year. Poland reportedly consumes 50 per cent of gas supplied by Russia's  Gazprom.

Amid the row, Poland said its energy supply was secure and it did not need to dig into its reserves.