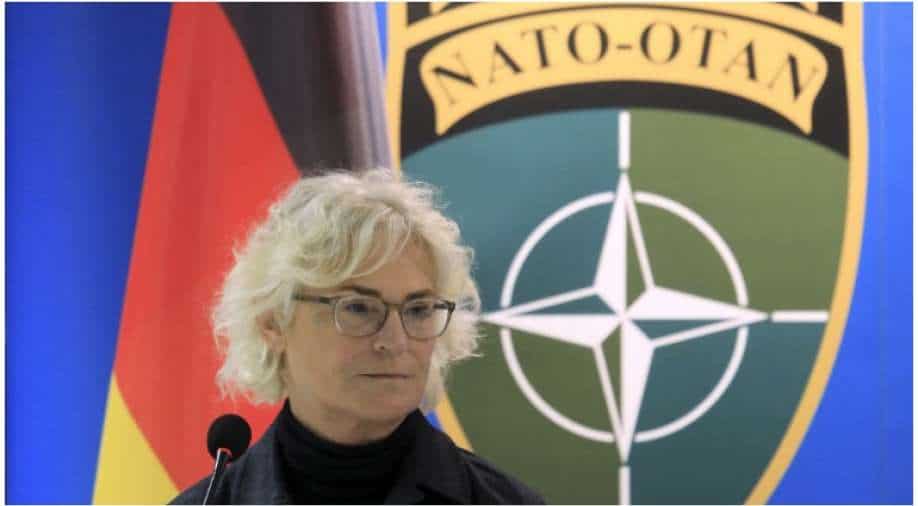 Germany came out strongly against Russia on Sunday and said that Moscow could not 'dictate' to Russia. German Defence Minister Christine Lambrecht's statement came even as tensions are high between Russia and the West over conflict in Ukraine.

Lambrecht spoke during a visit to Lithuania.

"We have to resolve the tense situation we are in now both diplomatically and with credible deterrence," Lambrecht told reporters.

"We have to talk with each other, which means discussing the proposals that Russia has put forward. That is right and important," she added at Lithuania's Rukla military base.

"But it cannot be that Russia dictates to NATO partners how they position themselves."

Also Read | Defense contractor tried to give classified information to Russia, US says

Lithuania, along with its Baltic neighbours Estonia and Latvia is worried about security after Russia's deployment of troops along the border with Ukraine. All of these countries were part of erstwhile Soviet Russia.

The trip is Lambrecht's first since being named defence minister, after new German Chancellor Olaf Scholz's Social Democrats formed a coalition government with the Greens and the liberal FDP earlier this month.

Lambrecht met with her Lithuanian counterpart Arvydas Anusauskas, who said that "Russia has mobilised forces in the Kaliningrad region that are ten times larger than the battalion deployed in Rukla."

"In this situation, Russia's demands that weaken the security of our countries are simply impossible to implement. I think they need to be rejected," he told reporters.

Around 550 German troops are stationed at Lithuania's Rukla military base as Germany leads the multinational battalion in the country.