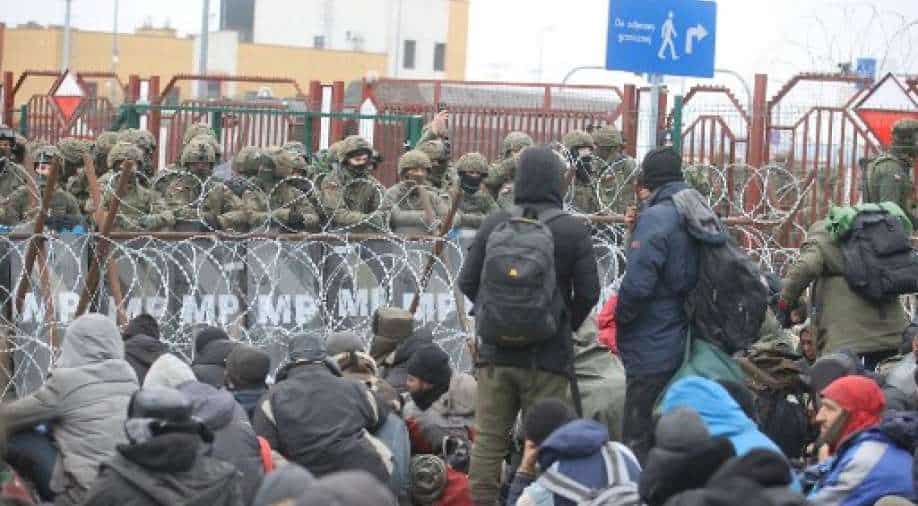 Amid tensions at the border over the migrant crisis, Poland's defence ministry said Belarus forces were sending migrants at the Kuznica border crossing.

Some carriers have already declared they won't be undertaking services to Belarus including Turkish Airlines.

"Further sanctions against Belarus will become effective this afternoon. This is now the fifth wave," the European Commission chief said.

Amid the renewed sanctions, President Lukashenko said he did not want the crisis to turn into a conflict, however, he added that although authorities were telling the migrants to return home but they did not want to go back.

The EU has accused Lukashenko of engineering the migrant crisis as relations between western nations and Belarus have hit rock bottom in the past year amid sanctions and protests in the country against Lukashenko's government.

Also Read: You are streetwise and I am street tough, Lukashenko to Putin

However, the Putin regime which is Lukasheno principal ally defended the Belarus leader asserting that he wasn't creating the situation at the border even as Polish troops continue to push back migrants.

Reports say at least ten migrants have died at the border amid freezing condictions with several families including women and children stranded at the border as thousands of migrants of Middle Eastern origin have been trying to cross into Europe from Poland through the Belarus border even as aid agencies have warned the situation has led to a humanitarian crisis.