Rosa Luxemburg: Freedom for members of one party is no freedom 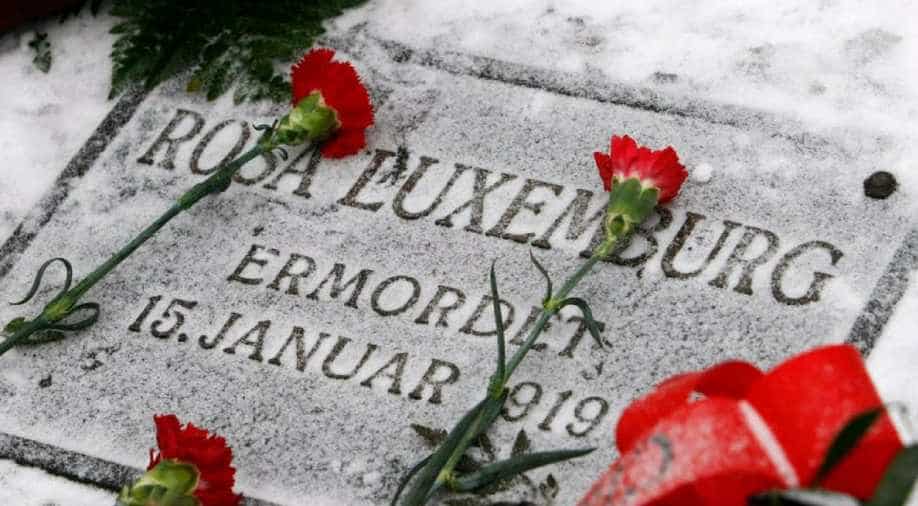 Red carnations are laid on the Berlin tomb of German communist leader Rosa Luxemburg during a ceremony to commemorate her death. Photograph:( Reuters )

In October 1918, a year after the 1917 October Revolution in Russia, a sailors’ mutiny in Germany triggered a revolutionary upsurge. Polish-born German philosopher Rosa Luxemburg and her comrade Karl Liebknecht emerged as key leaders in the unfolding revolution.

On 15 January 1919, at around nine in the evening, Luxemburg and Liebknecht were arrested by the army in Berlin. They were taken to the Eden Hotel where they were interrogated and tortured.

Here in 2017, Luxemburg is still widely regarded as a major theorist of imperialism, capitalism, democracy and political action.

Luxemburg was born in Zamosc, Poland, on 5 March 1871 to a lower-middle-class Jewish family. At the age of five, she became very ill and suffered damage to her hip that left her with a permanent limp and lifelong pain. But even as a child she had what’s been described by the memoirist, Vivian Gornick, as an “electrifying intelligence”.

At the age of 15 she joined the Polish Proletariat Party, in which she developed a lifelong political connection to radical unions and workers. It was during this period that she began engaging in a range of political activities, including organising a general strike. These actions brought Luxemburg to the attention of the authorities. In 1887, when she had completed her secondary education, she fled to Switzerland to escape arrest.

She enrolled at the University of Zurich. She wanted, as one writer put it, everything – “books and music, sex and art, evening walks and the revolution”. Ten years later she graduated with a doctorate in law, making her one of the very few women with a PhD at the time.

In 1898 Luxemburg moved to Berlin to be, she believed, at the heart of the communist struggle. Unsurprisingly Germany didn’t allow the young revolutionary into the country. She remedied this via a unconsummated marriage of convenience.

She immediately positioned herself on the radical left of the Social Democratic Party of Germany. She came to loathe the reformist parliamentary route taken by German socialists, leading her, years later, to describe the party as “nothing but a stinking corpse”.

During this period of her life, Luxemburg worked at a frantic pace, writing, teaching and speaking to build the international movement of the workers across Europe. From the outset, she was radically anti-imperialist. In 1899 she wrote with foresight that,

the dismemberment of Asia and Africa is the final limit beyond which European politics no longer has room to unfold.

Luxemburg first met Lenin in 1901 and was immediately drawn to his intellect and passion. They got to know each other well during the proletarian upsurges across Russian and Eastern Europe in 1905 and 1906. But Luxemburg and Lenin were often critical of each other.

She argued for a form of revolutionary democracy rooted in struggle, and theory as something constantly open to debate and change. In “The Mass Strike, the Political Party and the Trade Unions” (1906) she argued that spontaneity and organisation are both vital to any struggle.

In 1907, while teaching at a political school in Berlin, she began to undertake serious theoretical work on imperialism. This included a study of southern Africa. Luxemburg argued that the development of capitalism depended on the destruction of non-capitalist societies, beginning with the appropriation of land.

Her first major theoretical intervention, “The Accumulation of Capital” (1913) argued that capitalism could not function within a single society and that imperialism, “a system of exploitation practised by European capital in the African colonies and in America”, was inherent to capitalism. Capital, she wrote

As the First World War ravaged Europe, Luxemburg, like her Russian comrades, was firm that the working classes were being used to fight the war but that it would be resolved in the interest of the bourgeois and the elite. Luxemburg together with Liebknecht and others started the Spartacus League to oppose the war and advocate for a more radical agenda in Germany.

In 1915, she was arrested but continued to agitate, write and communicate with the world outside. In a letter from prison, she wrote that

To be a human being is the main thing above all else … To be a human being means to joyfully toss your entire life in the giant scales of fate if it must be so, and at the same time to rejoice in the brightness of every day and the beauty of every cloud.

“The Russian Revolution”, an essay written in prison contains what is perhaps her most widely repeated remark:

Freedom only for the supporters of the government, only for the members of one party – however numerous they may be – is no freedom at all. Freedom is always and exclusively freedom for the one who thinks differently.

When released from prison in 1918, she and Liebkneckt, immediately began the Die Rote Fahne (the Red Flag) newspaper. Luxemburg also worked tirelessly to foster the revolutionary spirit that led to the second revolutionary wave that hit Germany in January 1919. If she and her comrades had been successful with their revolution, history would most probably have taken a very different course, avoiding the rise of fascism in Europe.

But alas, it was not to be. As German poet Bertolt Brecht wrote in Epitaph (1909):

Red Rosa now has vanished too. (…)

She told the poor what life is about,

And so the rich have rubbed her out.

May she rest in peace. 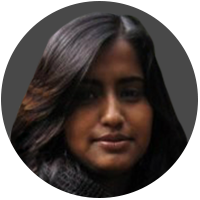