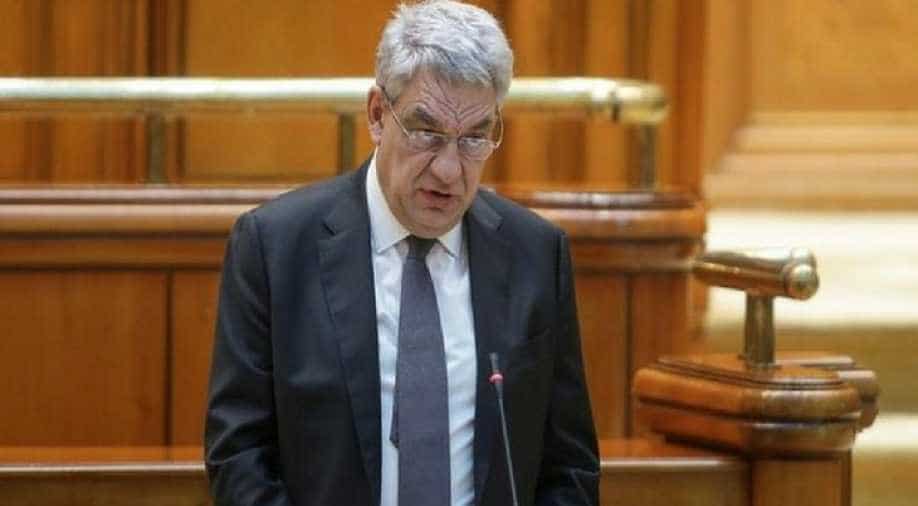 Deputy Prime Minister Paul Stanescu will be nominated to serve in Tudose’s place for an interim period of up to 45 days, officials said. Iohannis can endorse Stanescu or propose an alternative Photograph:( ANI )

Romania’s Prime Minister Mihai Tudose announced his resignation on Monday after his Social Democrat Party (PSD) withdrew its support amid a struggle with the group's chairman.

The party decided after a meeting, which lasted more than five hours, not to back him in an overwhelming vote, making him the second PM to be ousted in seven months.

Tudose, who was appointed in June, and leader Liviu Dragnea had clashes when the PM asked his interior minister Carmen Dan to quit after accusing her of lying to him. However, she refused to leave.

Tudose said he was quitting "with my head high" just over six months after he took office.

Tudose told reporters after the party vote: “They named me, they removed me. I take responsibility for my deeds and I do not regret anything in my actions (as premier).”

He said he would confirm his resignation in writing to President Klaus Iohannis on Monday night.

Deputy Prime Minister Paul Stanescu will be nominated to serve in Tudose’s place for an interim period of up to 45 days, officials said. Iohannis can endorse Stanescu or propose an alternative.

Dragnea said 60 members of the committee had voted to sack Tudose and four to retain him, with the rest abstaining.

The PSD, which has a comfortable parliamentary majority, will have to nominate a permanent replacement during that period and its nominee needs backing from Iohannis and will face a vote of confidence in parliament.

Dragnea said the committee would meet on Tuesday to discuss proposals for a replacement.

“We want to avoid facing the same situation (replacement of a prime minister) for the third time,” he told reporters.

Dragnea, whose party swept to an emphatic national election win in December 2016, is barred from becoming prime minister by a conviction in a vote-rigging case.