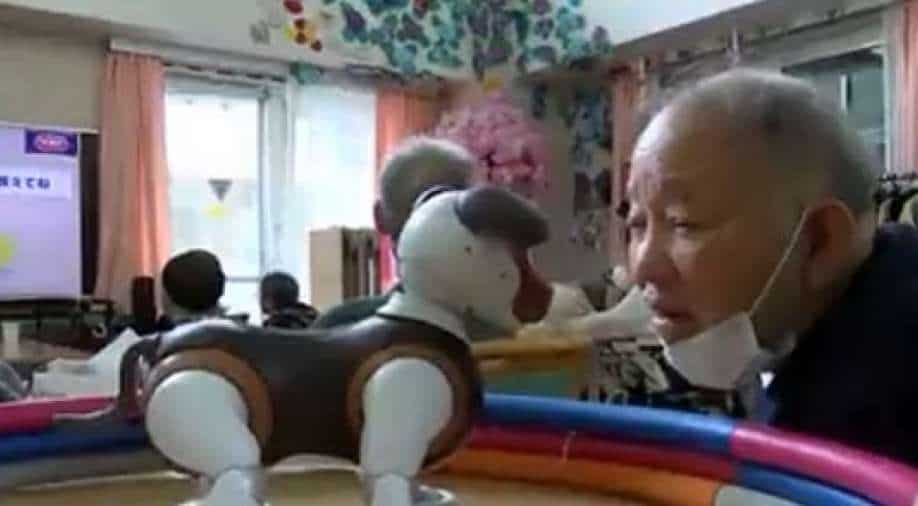 Many nursing centres in Tokyo use robots Photograph:( WION )

Japan is a country where 30 per cent of the population is over 65. Many of them live in nursing homes, ignored by their children and loved by lifeless Androids.

Not every job can be done by a robot, some require emotion, may be even a personal touch, however, in Japan even such jobs are being delegated to robots.

Many nursing centres in Tokyo use robots. At first, it looks like a novel idea and proof of Japan's technological prowess. However, after WION visited a nursing home, it looked heartbreaking since not every question has an automated answer especially when real human lives are at stake.

At the nursing home 84-year-old Nomoto Takeo was seen sitting motionless in his wheelchair with drooping shoulders, hands clasped but his face betrayed a sense of amusement.

#GravitasTokyoEdition | Can robots be used for therapy? In Japan, the answer is yes. Tech-savvy Japan is harnessing robots to care for its elderly, and tackle the country's loneliness epidemic. Is this a win for technology or loss for humanity? @palkisu brings you a ground report pic.twitter.com/ATR0Cfomrb

Takeo's eyes peered intently into the creature in front of him - it sounded like a dog, behaved like a dog but it wasn't real. It was a computer with nuts and bolts, one of the many robots that work at the Shintomi nursing centre.

The place is known for "robot therapy" with full-blown Android sessions.

What WION witnessed wasn't the triumph of technology, it was the loss of humanity as more than a dozen elderly Japanese live at the nursing home and the lifeless animals are a source of joy.  The elderly pet them like real dogs and hold out their hands desperate for the warmth of anything living but cold metal is all they get.

Robots may dazzle with their nimble joints, and thick fur - all of it makes them seem almost real, however, at the end of the day these are lifeless bots running on batteries and they do not have emotions since they have protocols.

Japan is a country where 30 per cent of the population is over 65. Many of them live in nursing homes ignored by their children and loved by lifeless Androids.