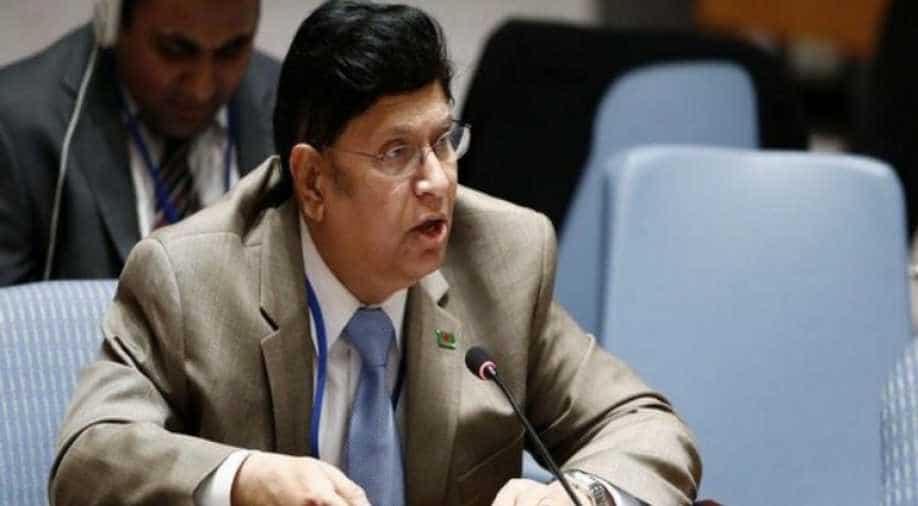 The conversation was made by Mehmood Qureshi as part of Islamabad`s nefarious designs to internationalise the Kashmir issue after New Delhi changed the constitutional status of the region by abrogating Article 370.

India and Pakistan should resolve their disputes on Kashmir through "dialogue and discussion", Bangladeshi Foreign Minister AK Abdul Momen said on Tuesday during a telephonic conversation with Pakistani Foreign Minister Shah Mehmood Qureshi.

The call was made by Qureshi as part of Islamabad`s nefarious designs to internationalise the Kashmir issue after New Delhi changed the constitutional status of the region by abrogating Article 370.

"The Foreign Minister apprised his Bangladeshi counterpart of the illegal and unilateral actions of India to alter the disputed status of Jammu and Kashmir, which was in contravention of the international law and UNSC resolutions," a statement by Pakistan Foreign Ministry read.

"The Bangladeshi Foreign Minister emphasised the importance of resolving disputes through dialogue and discussions," it added.

Pakistan is rattled by the Indian government`s move to strip the special status accorded to Jammu and Kashmir under Article 370 and has found itself completely isolated on the matter after being snubbed at the United Nations Security Council, as well as by many countries, including US, Russia, and France.

Bangladesh Foreign Ministry had earlier made it clear that the Indian government`s move on Kashmir was the country`s internal matter.

A similar stance has been maintained by most of the SAARC countries, including Maldives, Sri Lanka, and Nepal.

India has repeatedly made it clear that talks with Pakistan are only possible after Islamabad stops sponsoring terror.