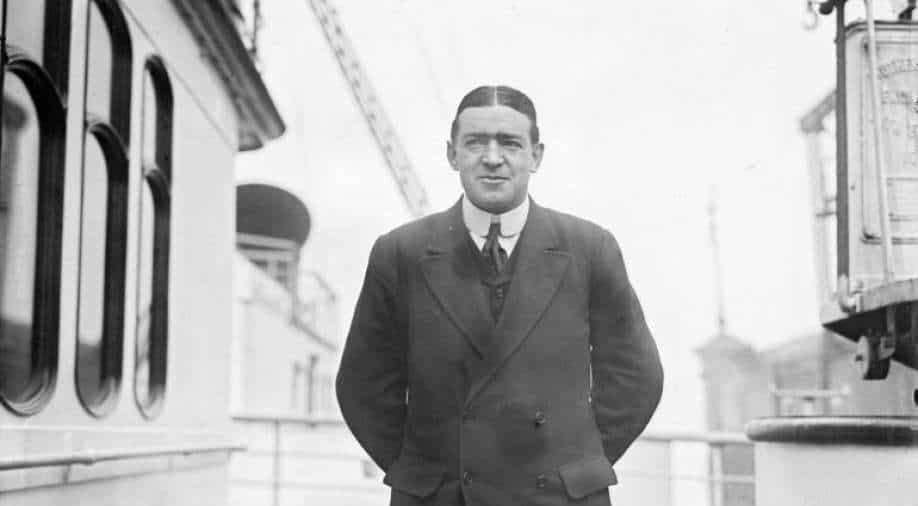 In this file photo, Ernest Shackleton, an Antarctic explorer can be seen Photograph:( AFP )

The surprise discovery, made inside a storage room in New Zealand, contains the details of the famed expeditions in 1914

The surprise discovery, made inside a storage room in New Zealand, contains the details of the famed expeditions in 1914.

Shackleton was travelling to Antarctica from the famed sailing vessel Aurora.

He kept records of his journey and the severe weather conditions in his journal.

The meterological service staff that discovered them said the artefacts were in excellent condition because they had been housed in a cool dark room.

''There’s almost no deterioration whatsoever. It’s amazing, because they have been written in old ink with quill pens,'' they said in a statement.

The letters and inventories of Douglas Mawson, a famous Australian geologist, and Antarctic explorer, were also found.

MetService’s manager Kevin Alder said ''No one had any idea that they even existed. I mean, it’s long forgotten, they’ve probably been sitting on the same shelf for 50 years.''

''Shackleton’s ship, you can see the weather on the day that his ship actually arrived down to rescue the stranded party. The documents from Scott’s ship - one of them is the transit across the Indian Ocean. So it’s not Antarctic but it’s still the Terra Nova with Scott on board on his way to Antarctica and that is just incredible.''

Shackleton is of the most famous Antarctic explorers Trans-Antarctic Expedition from Ross Island is still talked about.