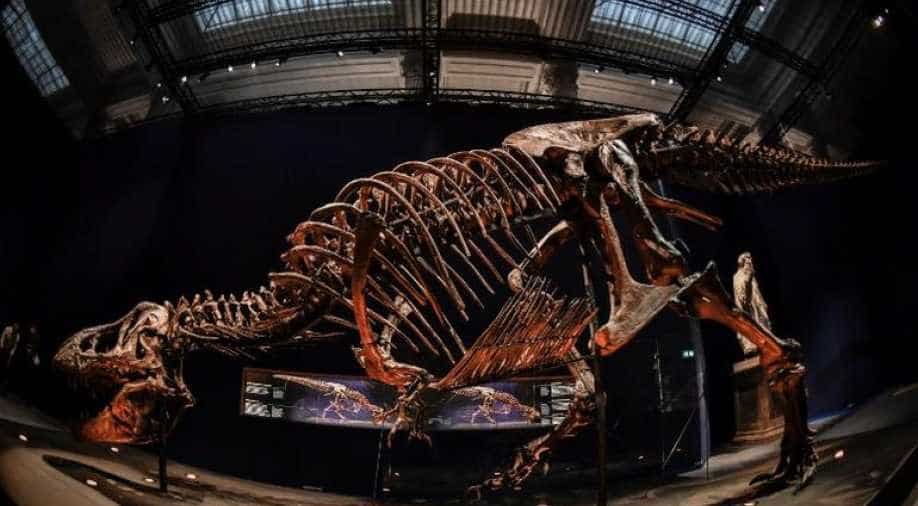 Evidence of a new carnivorous dinosaur species has been unearthed in Argentina, a distant relative of the tyrannosaurus rex the thunder reptile was much smaller than the ferocious monster.

A Palaeontologist has discovered fossilised remains of a 90-million-year-old carnivorous dinosaur distantly related to the infamous T-rex. This discovery will give important insights into the ecological habits of dinosaurs.

Evidence of a new carnivorous dinosaur species has been unearthed in Argentina, a distant relative of the tyrannosaurus rex the thunder reptile was much smaller than the ferocious monster.

Remains of the dinosaur, including fragments of skull, teeth, ribs, hip and tail, were discovered in the central Argentine province of Rio Negro.

"This tralkasaurus, a dinosaur from the Rio Negro province, would probably have reached about four meters, a size much smaller than what is known about other dinosaurs. the importance of this finding is that we are getting to know the morphological diversity and, above all, the size of these animals," palaeontologist Mauricio Cerroni said.

Despite being smaller in size than its relatives, the thunder reptile shares many of the same characteristics, such as being bipedal, having a short neck and four claws in each of its hind legs. Its arms were also very short in relation to its body and the bones of its limbs were light and hollow.

According to the research, it’s possible that these dinosaurs fed on the small herbivorous dinosaurs known as iguanodonts, which were found by the same team of palaeontologists in nearby locations, along with other species such as turtles and lizards.

Dinosaurs ruled and dominated earth around 66 million years ago before they suddenly went extinct. It was believed for many years that the changing climate destroyed the food chain of the huge reptiles. Since then discovering their traces became an important field of study.

Experts say this discovery will help palaeontologists define the ecological habits of both carnivorous and herbivores dinosaurs.