Relatives of Wuhan virus victims demand meeting with WHO officials 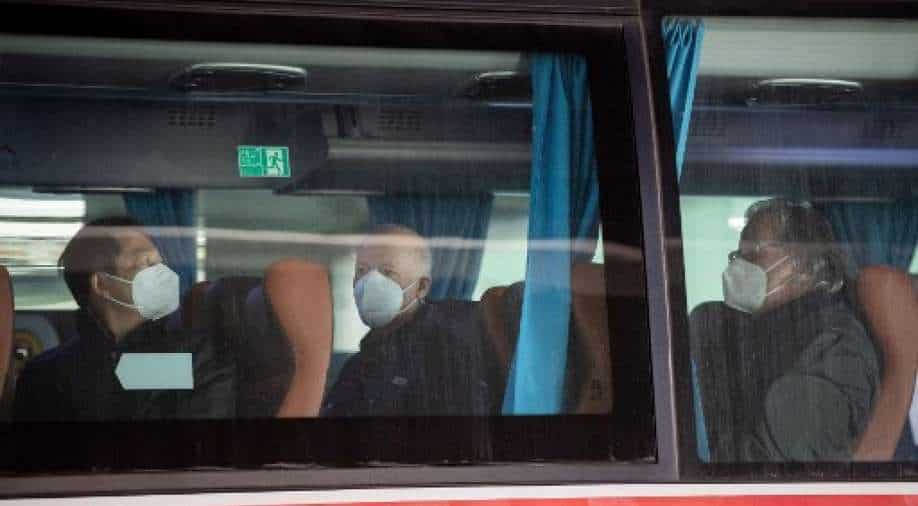 In the past year, the victims have tried to sue the Wuhan authorities but the court rejected the lawsuits.

WHO officials have been investigation the origins of the virus in China even as the relatives of the victims have been demanding a meeting with the team, however, China once again has been trying to silence them.

Chinese national Zhang Hai lost his father to the Wuhan virus last year when the outbreak was at its peak in China. Zhang wants the WHO investigators in Wuhan to meet the kin of the virus victims but Chinese authorities have been pressuring people like Zhang to keep quiet.

At least 80 to 100 citizens were using a WeChat group to discuss how officials in Wuhan can be held accountable but, a couple of weeks back the WeChat group was deleted without explanation.

"Our group for relatives (of Wuhan’s coronavirus dead on WeChat) was monitored by Chinese authorities all the time. Why did they forcibly demolish (the group)? This shows that they (Chinese authorities) are very nervous. They are afraid that these families will get in touch with with the WHO experts," Zhang Hai said.

For the last one year, Zhang has been reaching out to relatives in order to galvanise a movement and to hold Chinese officials accountable but any such demand has been crushed by the Chinese state.

In the past year, the victims have tried to sue the Wuhan authorities but the court rejected the lawsuits. Chinese officials interrogated Zhang and others on several occasions with some victims reportedly threatened.

Zhang Hai and others are now making a desperate appeal to the WHO team since they feel any investigation into the origins of the virus will be incomplete without testimony from the victims.

The world is watching how the WHO investigators conduct their probe in Wuhan. The pandemic began more than a year ago but still the world does not know the truth about the virus origin and the efforts to find answers have been repeatedly delayed.

"I think it's very important because there are still things that we don't know right now about the origin. Understanding the origin would really be important and we don't know it. Now, it's a big black box, which is awful. We are over a year into it and we still don't appreciate it," Fauci said.

As the WHO team kicks off the probe, Beijing stepped up its efforts to muddy the waters. It has been pushing conspiracy theories and stepping up propaganda to blame other countries for the pandemic.

WHO member states must step up and call out China's nefarious designs to maintain the integrity of the investigation.