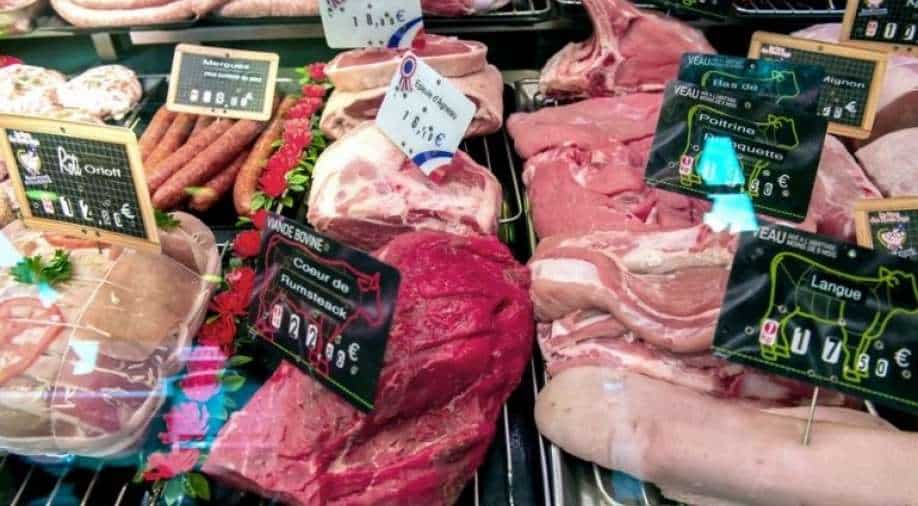 Researchers recommend that red meat and processed meat should be cut by three-quarters, or avoided entirely, in order to lower the risk of coronary heart disease

A study by the University of Oxford reveals that consuming processed meat, even in moderation, can increase the risk of heart disease by up to a fifth.

Experts of Oxford's Nuffield Department of Population Health have claimed that due to the high salt and saturated fat content in processed meats, eating 50g a day of meats like bacon, ham and sausages raises the risk of heart disease by a whopping 18 per cent.

To reduce the risk of dying from coronary heart disease, researchers recommend that people should cut their consumption of red and processed meat by three-quarters, or do without it altogether.

In contrast, no links were found between heart disease and poultry such as chicken or turkey that are lower in saturated fat, while the risk of heart diseases goes down to 9 per cent for unprocessed red meat, such as beef, lamb, and pork.

Despite the lack of a clear explanation, it is thought that saturated fat increases the unhealthy cholesterol level called low-density lipoprotein (LDL), while excessive salt intake increases blood pressure. Both substances are present in large quantities in processed meat and are recognised risk factors of coronary heart disease.

While it is an established fact that meat production is one of the major contributors to greenhouse gas emissions, Anika Knüppel, a co-lead author of the study, points out that their study shows reduced consumption of red and processed meat would benefit individual health as well.

She added that there was no consensus regarding the level of consumption that was considered safe. Instead, she advised that consumption should be as limited as possible, with once a week being the maximum. She called for public health guidelines to be strengthened so that more people would limit their intake of processed red meat.

Previous work from the same research team has indicated that even moderate intakes of red and processed meat are associated with an increased risk of bowel cancer.

To establish conclusively the link between coronary heart disease and red meat consumption, researchers analysed all the available evidence, including thirteen cohort studies following more than 1.4 million people for up to 30 years. White adults in Europe and the US were the subjects of the majority of studies.