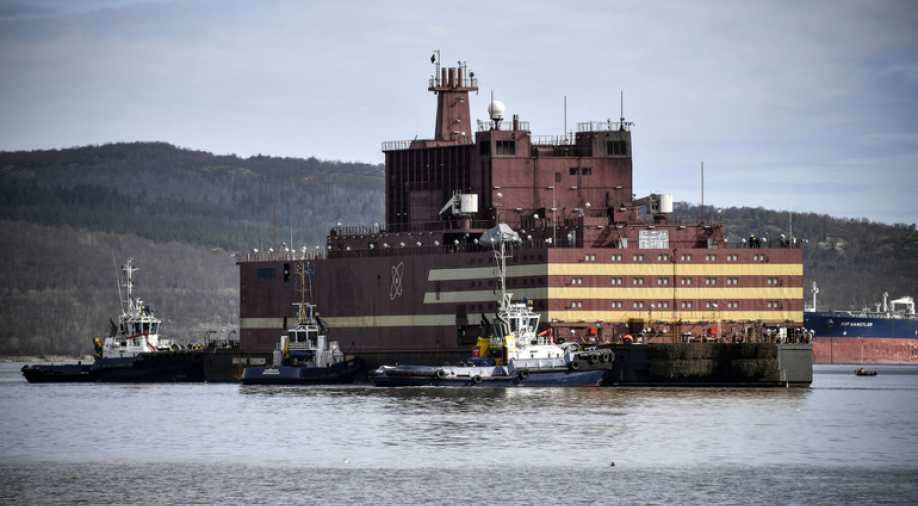 In a joint statement, it said some nuclear-armed states were straying from their 'long-standing nuclear disarmament obligations' and were 'upgrading their arsenals, developing new kinds of nuclear weapons and making them easier to use.'

The Red Cross called Friday for a total ban on nuclear weapons, warning of the growing risk that such arms could again be used with devastating effect.

The International Committee of the Red Cross (ICRC) and the International Federation of Red Cross and Red Crescent Societies (IFRC) launched a global campaign to raise awareness about the rising nuclear threat facing the world.

In a joint statement, they said some nuclear-armed states were straying from their "long-standing nuclear disarmament obligations" and were "upgrading their arsenals, developing new kinds of nuclear weapons and making them easier to use."

The notonukes.org campaign comes after the United States and Russia ripped up a key arms control treaty, with US President Donald Trump announcing last week that Washington was beginning a process to withdraw from the Cold War-era agreement in six months.

Russian President Vladimir Putin quickly followed suit, saying Moscow was leaving the treaty and would begin work on new types of weapons not permitted under the 1987 deal.

"Seventy-four years after nuclear weapons obliterated the Japanese cities of Hiroshima and Nagasaki, the risk that nuclear weapons will again be used is growing," the Red Cross organisations warned.

The notonukes campaign was launched with a video depicting two friends on a beach discussing whether they would want to live of die if a nuclear bomb were to explode.

One said he would want to live, because life is full of so many beautiful things, like spending time with his family, feeling the sun on his face and falling in love. The other said he would prefer to die, because after the bomb, none of those things would be possible.

The video ends with a call to action: "Let's decide the future of nuclear weapons before they decide ours".

The Red Cross said the campaign aimed to shine a light on the "catastrophic humanitarian consequences of a nuclear war".

It also aims to encourage people to lobby their governments to sign and ratify the UN Treaty on the Prohibition of Nuclear Weapons (TPNW), which has so far been signed by 70 nations and ratified by 21.

"Any risk of nuclear weapons use is unacceptable," ICRC President Peter Maurer said in the statement, stressing that the TPNW "represents a beacon of hope and an essential measure to reduce the risk of a nuclear catastrophe."

"At this moment of growing international tension, I call on everyone to act with urgency and determination to bring the era of nuclear weapons to an end," he said.