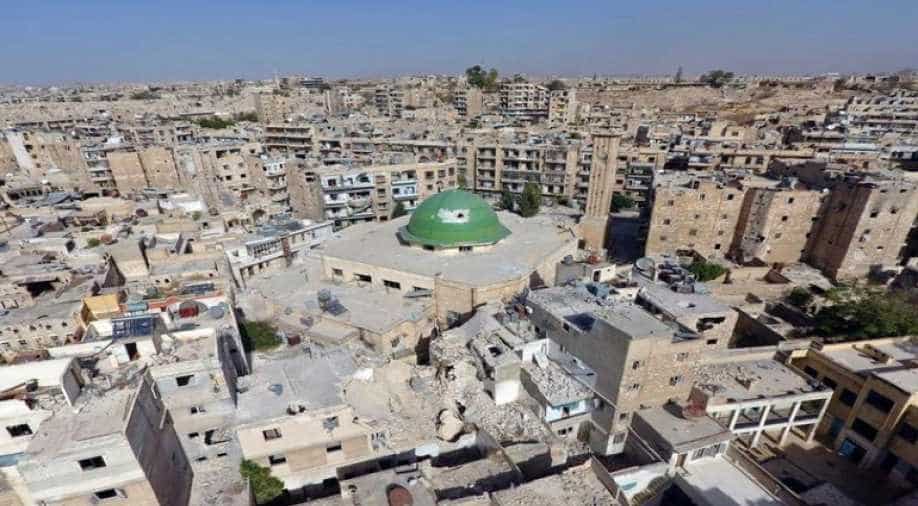 Syrian rebels in besieged eastern Aleppo called on Wednesday for an immediate five-day ceasefire and the evacuation of civilians and wounded, but gave no indication they were ready to withdraw as demanded by Damascus and Moscow.

The Syrian army and allied forces have made rapid gains against insurgents in the past two weeks and look closer than ever to restoring full control over Aleppo, Syria's most populous city before the war, and achieving their most important victory of the conflict now in its sixth year.

In a statement calling for the truce, the rebels made no mention of evacuating the several thousand fighters who are defending an ever shrinking area of eastern Aleppo.

Syria and Russia, which supports Syrian President Bashar al-Assad, have said they want rebels to leave Aleppo and will not consider a ceasefire unless that happens.

"It’s been a tragedy here for a long time, but I’ve never seen this kind of pressure on the city - you can’t rest for even five minutes, the bombardment is constant," a resident said.

"Any movement in the streets and there is bombardment (on that area) immediately," said the east Aleppo resident contacted by Reuters, who declined to be identified.

Fear gripped the remaining residents as food and water supplies were cut off.

Retaking Aleppo would also be a success for President Vladimir Putin who intervened to save Moscow's ally in September 2015 with airstrikes, and for Shi'ite Iran, whose elite Islamic Republic Guard Corps has suffered casualties fighting for Assad.

The Syrian government now appears closer to victory than at any point in the five years since protests against Assad evolved into an armed rebellion.

The war in Syria has killed hundreds of thousands of people, made more than half of Syrians homeless and created the world's worst refugee crisis.

Outside of Aleppo, the government and its allies are also putting severe pressure on remaining rebel redoubts.

The Syrian army now controls all of the Old City of Aleppo, a UNESCO World Heritage Site including the Umayyad Mosque, which had been held by rebels, the Observatory said.

Explosions and artillery fire could be heard on Syrian state television in districts around the citadel which overlooks the Old City as the army pressed its offensive. More neighbourhoods were expected to fall but rebels were fighting ferociously.

Rebels have lost control of about 75 per cent of their territory in eastern Aleppo in under 10 days, Director of the Syrian Observatory for Human Rights, Rami Abdulrahman, said.

The "humanitarian initiative" published by rebels called for the evacuation of around 500 critical medical cases.

The Kremlin said on Wednesday that a potential US-Russia deal to allow Syrian rebels to leave Aleppo safely was still on the agenda.

Damascus and Moscow have been calling on rebels to withdraw from the city, disarm and accept safe passage out, a procedure that has been carried out in other areas where rebels abandoned besieged territory in recent months.