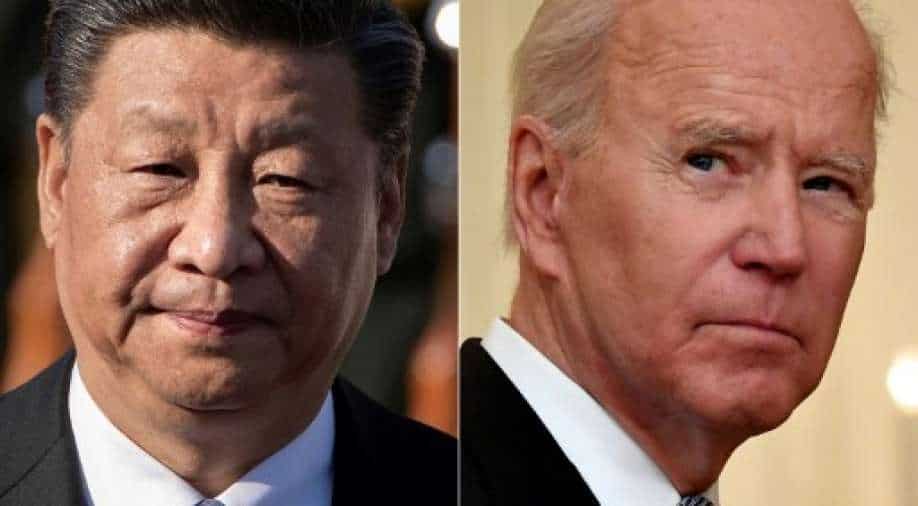 (File photo) The call between Xi and Biden lasted for 90 minutes Photograph:( AFP )

Chinese fighters have been repeatedly entering Taiwan's air defence zone since last week even as President Tsai Ing-wen warned that there would be "catastrophic consequences" if the country was annexed by China.

A day after a record number of Chinese warplanes entered Taiwan's air defence zone, US President Biden said he had spoken to Chinese President Xi and was ready to "abide by the Taiwan agreement".

"I've spoken with Xi about Taiwan. We agree, we'll abide by the Taiwan agreement," Biden said, adding, "We made it clear that I don't think he should be doing anything other than abiding by the agreement."

Earlier, Taiwan President Tsai Ing-wen warned that there would be "catastrophic consequences" if the country was annexed by China as 56 Chinese warplanes entered the country's airspace on Monday.

Reports say at least 150 Chinese jets have entered  Taiwan's airspace since last week amid escalating tensions with the island nation.

In a defiant tone while addressing the Chinese incursion, President Tsai said, "They should remember that if Taiwan were to fall, the consequences would be catastrophic for regional peace and the democratic alliance system."

The Taiwan president referring to China remarked that "authoritarianism has the upper hand over democracy". Tsai added that her country "will not bend to pressure" amid repeated Chinese incursions into Taiwan's airspace.

China considers Taiwan as its province which it says it will annex by force if necessary, a view which has worried both Taiwan and the US amid tensions in the Taiwan Straits.