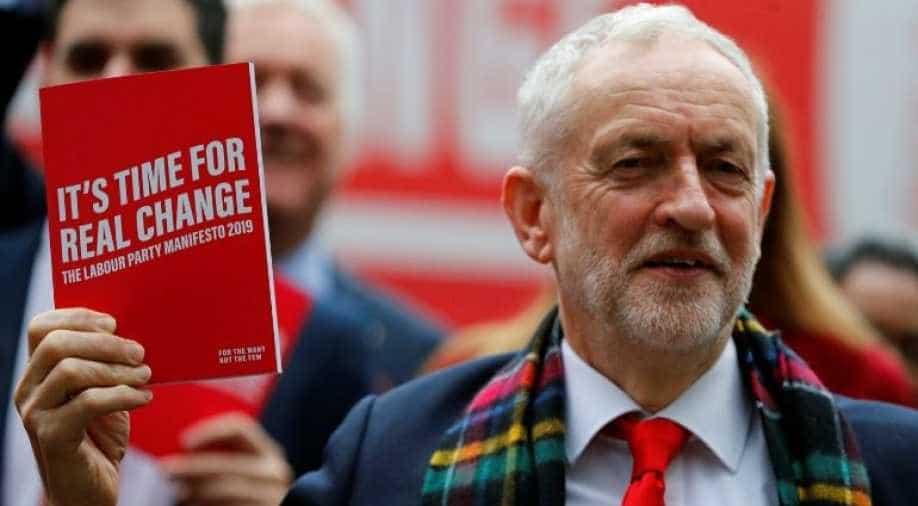 With three weeks before Britain votes in its second election in just over two years, Corbyn will press his message that only Labour can challenge the status quo.

Labour Party leader Jeremy Corbyn will unveil his opposition party's election manifesto on Thursday, setting out how in government he plans to transform Britain with "the most radical and ambitious plan" in decades.

With three weeks before Britain votes in its second election in just over two years, Corbyn will press his message that only Labour can challenge the status quo, fighting for ordinary people against "bankers, billionaires and the establishment".

Lagging in the polls, the 70-year-old socialist will hope his message of change will drown out criticism of his Brexit stance, which even some in his party say lacks the clarity of Prime Minister Boris Johnson's vow to "get Brexit done".

Both parties have promised to end economic austerity and relax the purse strings for stretched public services before the December 12 election, which will determine how, when and even whether Britain's departure from the European Union happens.

Trying to combat criticism from Johnson's Conservative Party over Labour's spending plans, Corbyn will say how he plans to pay for his manifesto, which includes scrapping university fees, reducing the working week and nationalising utilities.

"This is a manifesto of hope. A manifesto that will bring real change. A manifesto full of popular policies that the political establishment has blocked for a generation," Corbyn will say, according to excerpts of his speech.

"Those policies are fully costed, with no tax increases for 95 per cent of taxpayers."

Held after three years of negotiations to leave the European Union, the December election for the first time will show how far Brexit has torn traditional political allegiances apart and will test an electorate increasingly tired of voting.

Most polls put the Conservative Party in front, but few are able or willing to predict a victor in the election.

Labour has put at the forefront of its campaign its attack on "vested interests", taking aim at Johnson, who was educated at England's elite Eton public school, has considerable personal wealth and whose party has wealthy backers.

Corbyn has also said it will move to reverse privatisations began by former Prime Minister Margaret Thatcher in the 1980s, promising to nationalise rail, mail, water, and BT's broadband network to provide free internet for all.

Those pledges have been mocked by the Conservatives, with Johnson calling plans to nationalise broadband as a "crazed Communist scheme".

"Over the next three weeks, the most powerful people in Britain and their supporters are going to tell you that everything in this manifesto is impossible," he will say.

"But they know we mean what we say. They know we will deliver our plans, which is why they want to stop us being elected."