Razing civilisations to the ground 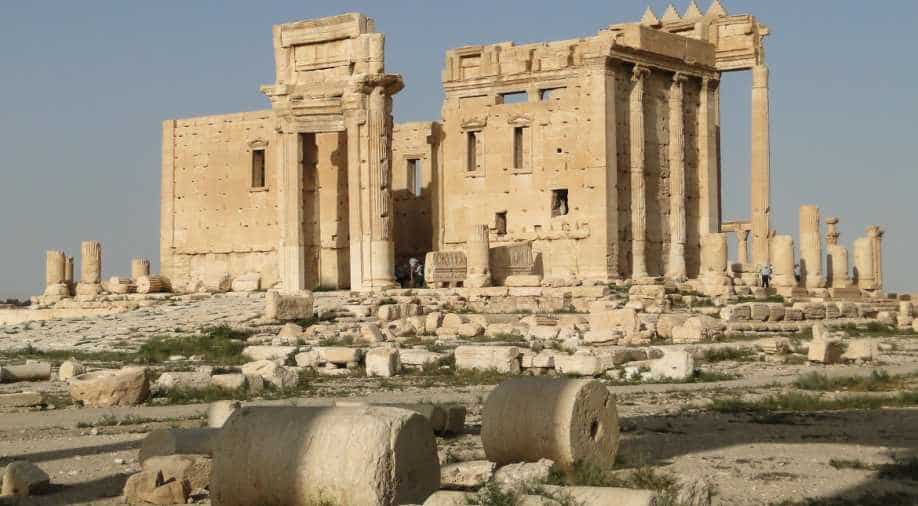 Dating back to 32 AD, ISIL destroyed Temple of Bal in Syria, 2015 Photograph:( Others )

Afghanistan has been rebuilding itself for years. Today, it stands at a place better than where it was 20 years ago, but if you look at the Afghanistan of the 1970s, that is another story.

The boulevards were large, the architecture was stunning, and the population was progressive. Afghan women not only attended universities, but did so in miniskirts.

According to a State Department report from the Bureau of Democracy, Human Rights and Labor from 2001: In 1977, women comprised over 15 per cent of Afghanistan’s highest legislative body. At one time, 70 per cent of schoolteachers, 50 per cent of government workers and university students, and 40 per cent of doctors in Kabul were women. Afghan women had been active in humanitarian relief organisations until the Taliban imposed severe restrictions on their ability to work.

The journey of fighting the Russians and getting involved in Islamic war took the country onto an entirely different journey. The place was destroyed to the ground, so much so that no mountain around the city of Kabul had even a single tree left, forget the architectural sites.

In ‘modern’ Afghanistan, we cannot imagine any woman on the streets of Kabul without a burqa and a male chaperon. A civilisation takes centuries to evolve, unshackle its prejudices, find a path towards modernity, become prosperous and then one war destroys it all. The society goes back hundreds of years and to re-build oneself is no easy task.

A city which is now known for its ongoing war between the Islamic militant groups and the Syrian army was just a couple of years back known for its merchants and traders.

For many centuries, Aleppo had been built on trade and commerce, resulting in a highly cosmopolitan city with a blend of multiple ethnicities, cultures, religions, such as Arabs, Turks, Persians, Circassians, Jews, Armenians and Europeans.

In September 2012, the government forces shelled rebel hideouts in the city rendering 40,000 traders bankrupt overnight. Souk AlMadina, one of the oldest covered marketplaces in the world, is now in ruins, destroying hundreds of shops that have sold fabric, food, spice and perfumes for years. A process that took centuries to evolve and build a thriving commercial hub of Syria, was torn in just one day.

The war is now in its fourth year and Aleppo has been reduced to rubble of concrete and cement with streets having no names and all the ancient architecture completely destroyed. All of Syria’s six UNESCO sites, representing at least 2,000 years of history, have been damaged. The Syrian economy has taken a severe hit due to war.

According to a research done by Syrian Centre for Policy Research in 2015, the cumulative economic loss since the war broke out is equivalent to 229 per cent of the country’s 2010 gross domestic product.

The crude oil industry of Syria has severely plummeted with this war. Before the European Union suspended crude imports in September 2011, Syria produced about 380,000 barrels a day, according to then Oil Minister Sufian Alao. Since then, the production has collapsed with Islamic militant groups using the limited supplies for their own operations.

Another casualty of war

ISIS took hold of the second largest city of Iraq, Mosul in June 2014. Since then, the people of Mosul have experienced dramatic changes. Overnight, from the residents of a city they became refugees losing everything in the process.

According to Rudaw, a Kurdish media network, the pre-ISIS population of Iraq’s second-largest city was approximately three million. Current estimates of the number of people still living in the city vary from 7,00,000 to over one million.

Before the ISIS occupation, the city was a centre of trade known for its metalwork, miniature painting style, marble, crude oil and textile production. But none of this is left after ISIS took over Mosul.

Gogjali was once the industrial area of Mosul with several factories dotting its skyline and now only a few buildings are left.

Mosul was considered an important centre of learning in the Middle East. The University of Mosul, established in 1967, rose to become one of the largest education and research centres in the region. The university campus was reportedly adapted into a base for ISIS militants and later bombed by the coalition.

It takes years to build a society, its people, its diversity, its infrastructure, education system, economy and one war can destroy it all.

Pay any price for peace

A large part of the world forgets the cost of peace. It is priceless. It does not mean you slip into slumber. The cities and countries that we see destroyed are shameful victims to the cycle of war. They throw these societies back a few decades, but their rich culture will make them survive and thrive. They will return with a vengeance to assert what they were.

Many cities of Europe tell that story, but it requires the original population to return with a belief that they are not subjected to being pushed back to the cycle of war again. So, people who live in societies of peace have every reason to celebrate their existence and help as many people who are not as lucky as them.