Ramzan in the times of coronavirus 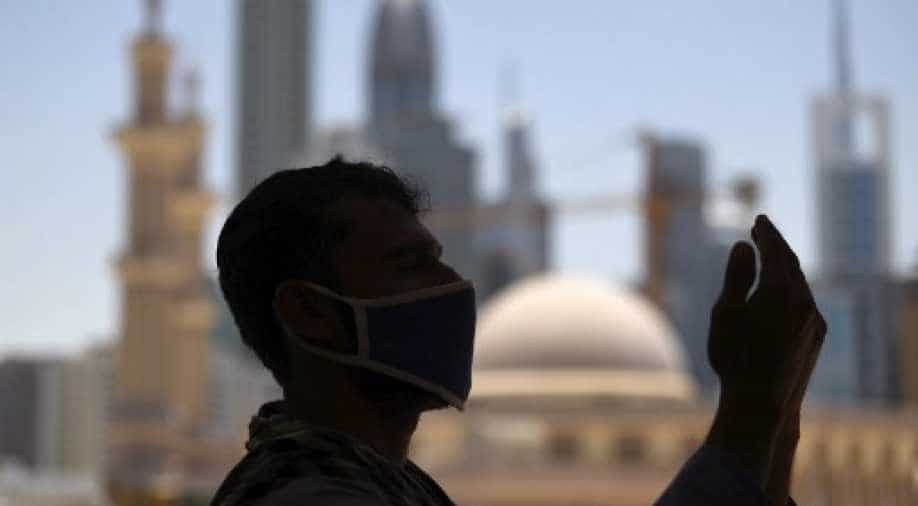 File photo of a person praying during Ramzan Photograph:( AFP )

This is a Ramzan under lockdown and Muslims around the world have begun their fasts under peculiar circumstances.

For the first time in the religion's 1400-year-history, the Grand Mosque in Mecca is closed on Ramzan. In Madina too, the Prophet Mosque wears a deserted look.

It's no different at Jerusalem's Al Aqsa Mosque. This is a Ramzan under lockdown and Muslims around the world have begun their fasts under peculiar circumstances. From Africa to Asia, the coronavirus has cast a shadow of gloom and uncertainty

Empty mosques, unprecedented ban on gatherings, no mass prayers and scaled-down iftars. These are desperate measures ushered in by desperate times.

The pandemic has left people with no choice but to modify age-old religious customs a bid to curb the spread of coronavirus.

Also read: In shadow of coronavirus, Muslims face a Ramzan like never before

The rate of infection is high and nothing really is worth risking it. So, this year, Muslims worldwide are praying from home. Some have even considered skipping the fast as they are scared to weaken their immunity.

Reason over religion is the logic across borders, but Pakistan's leadership has bowed down to conservative clerics. prime minister Imran Khan has decided to leave the Mosques open during Ramzan.

The country already has over 11 thousand coronavirus cases, but the prime minister is choosing politics over people and vote over the virus.

Let's move to Indonesia now, the country of 26 million, has the world's largest Muslim population. There is a nation-wide travel ban, coupled with a stay-at-home order.

But neither of this is being respected at the conservative Aceh province. Thousands of worshippers attended the evening prayers.

It is the job of those on top to not give in to the demands of conservative imams. They need to prioritise the safety of people.

The ones outside high offices too need to realise that this Ramzan may not be as festive, but a sombre month is the need of the hour.