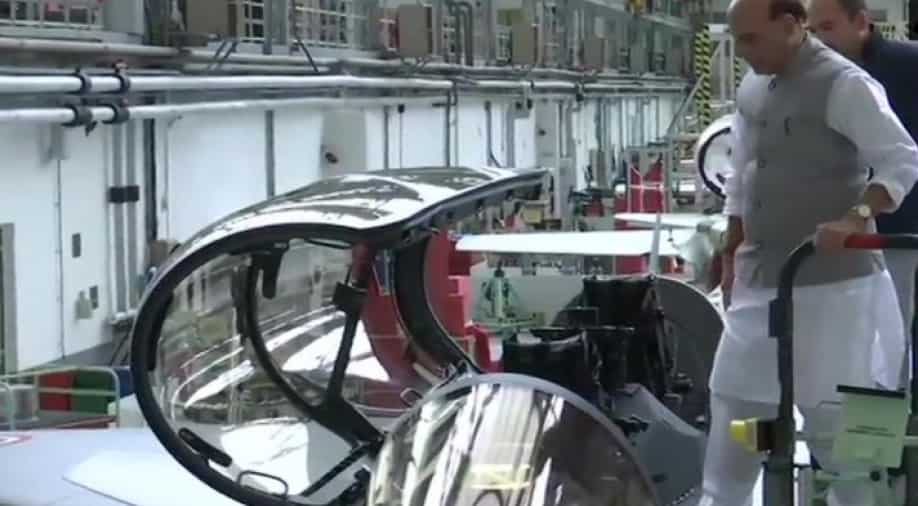 Just hours after meeting President Macron in Paris, India's Defence minister Rajnath Singh, who is on a three-day visit to France, travelled in a French military aircraft to Mérignac to receive the first Rafale fighter aircraft.

As he landed in Mérignac, Rajnath Singh was welcomed by Dassault Aviation CEO Éric Trappier. Four jets are expected to arrive in India in May next year. India had signed a deal with France for the procurement of 36 Rafale jets.

"Our special relationship goes far beyond the realm of formal ties. My visit to France is aimed at expanding the existing strategic partnership between both the countries," India's defence minister said in a tweet.

The highly anticipated Rafale jet handover ceremony coincides with the foundation day of the Indian Air Force and the festival of Dussehra. The first aircraft with tail number RB-01 was received by a team of Indian Air Force officers led by Air Marshal VR Chaudhary in France last month.

The tail number RB-01 has been named after Indian Air Force chief Air Marshal RKS Bhadauria who had played a vital role in finalising the Rafale deal.