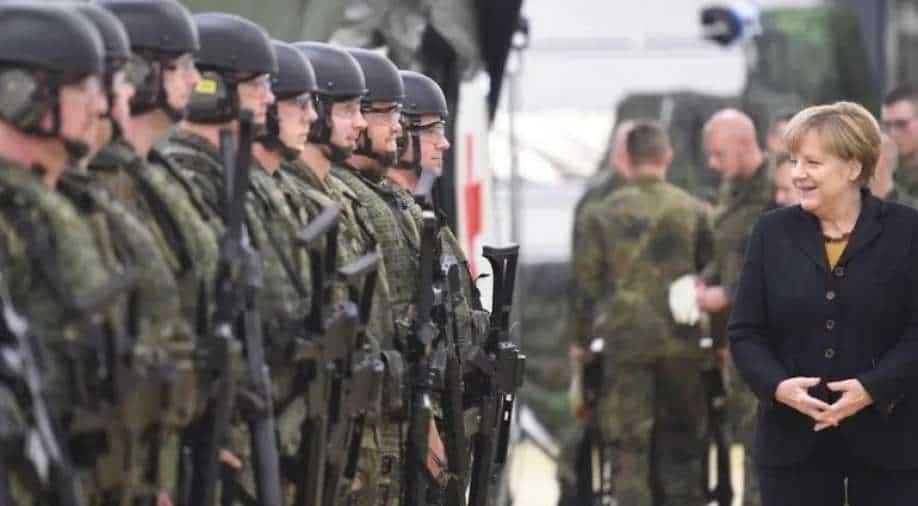 Addressing a Bundeswehr officers' academy in Hamburg, the Defense Minister said, "Through their behaviour, these soldiers frivolously put the whole Bundeswehr's reputation at risk".

German Defense Minister Annegret Kramp-Karrenbauer has told the armed forces that reported racist and sexual abuse in a German platoon based in Lithuania has deeply affected their reputation. She said the scandal was a "slap in the face" for all those serving in the Bundeswehr.

The members of a platoon which is a part of the Nato mission allegedly filmed an incident of sexual assault against another soldier. They also sang anti-Semitic songs. With time, more allegations emerged of sexual and racial abuse in the platoon, including soldiers singing a song to mark Adolf Hitler's birthday on 20 April.

Addressing a Bundeswehr officers' academy in Hamburg, the Defense Minister said, "Through their behaviour, these soldiers frivolously put the whole Bundeswehr's reputation at risk".

The allegations were first reported by Der Spiegel news and they relate to a party held at a hotel in Lithuania during the end of April.

The platoon was part of Nato's "Enhanced Forward Presence". This is a mission that aims at training local soldiers in the three Baltic states and Poland as a deterrent against Russian aggression. There are 620 German troops in Lithuania, leading a Nato battlegroup.

Taking to her official Twitter handle, the minister wrote, "The misconduct of some soldiers in Lithuania is a slap in the face of everyone who works in the day after day #Bundeswehrserve the security of our country. The derailments damage the reputation of the Bundeswehr and Germany. That will be punished with all severity". She further mentioned, "In Germany, all necessary investigations and proceedings are continued and the consequences are drawn".