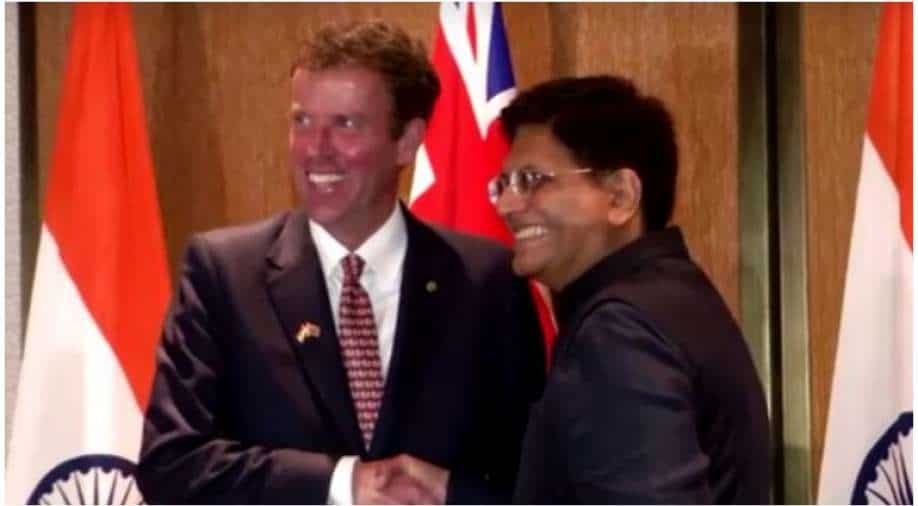 A joint statement released by India and Australia said that both countries "balanced trade agreement that encourages expanded trade and investment flows to the benefit of both of our economies, and that reflects a shared commitment to the rules-based international trading system"

India and Australia released a joint statement on Friday saying that both the countries are hoping to reach a landmark trade deal by end of 2022. They announced formal relaunch of stalled negotiations.

Both countries are members of the Quad grouping with the United States and Japan.

In the meantime they plan to reach an "early harvest" interim deal by the end this year under which some duties will already be cut.

The two sides hope for a "balanced trade agreement that encourages expanded trade and investment flows to the benefit of both of our economies, and that reflects a shared commitment to the rules-based international trading system", the statement said.

India was Australia's seventh-largest trading partner and sixth-largest export market in 2020.
Negotiations on a comprehensive deal between India and Australia were launched more than a decade ago but stalled in 2015.

In recent months New Delhi has also sought to revive trade talks with other countries including the United States, the European Union and Britain.

Indian media quoted Australian Trade Minister Dan Tehan as saying that trade could double in the coming years if the comprehensive accord is sewn up.

"And it will double in all areas because the complementarity between our economies is so great," Tehan was quoted as telling a news conference in India on Thursday.