Quad is an idea whose time has come. But ideas need implementation 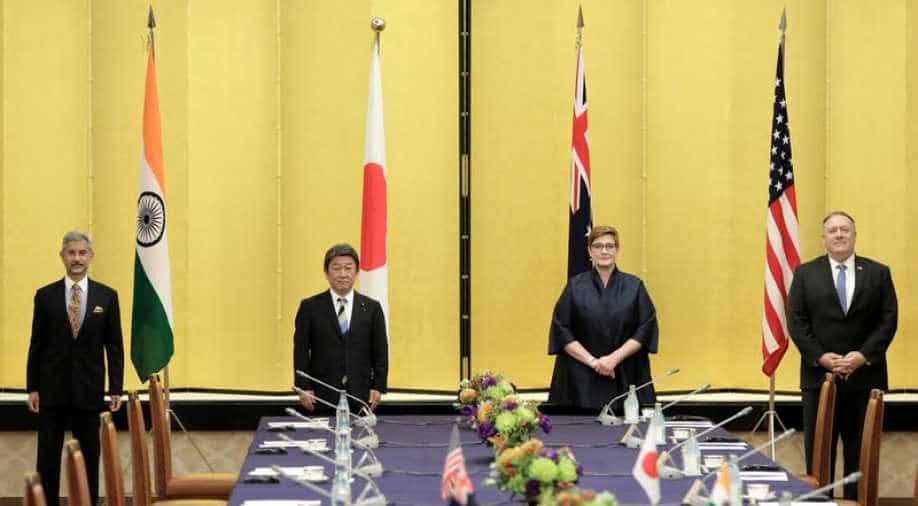 The year 2017 was a big one for the Quad group, as it was then revived.

And China's Belt and Road Initiative was the trigger.

The Quad wanted to counter the debt trap diplomacy.

Beijing is also fighting -- a border conflict with India, a trade war with the US, punitive taxes on Australia, and territorial disputes with Japan.

It makes all the sense for these countries to join ranks.

So is this just another alliance with a common adversary?

Practically speaking, this is not even an alliance. There is no formal mutual-assistance treaty.

The Quad does not have a secretariat, or for that matter a website.

US President Donald Trump is not exactly a fan of alliances. India prefers fighting its own wars. Japan already has a military alliance with the US and Australia.

So why do they need the Quad?

The Quad is more like an amorphous group -- a 'free, open and prosperous' indo-pacific region.

And China poses a threat to this region. It has militarised the South China Sea.

Now, the Quad -- in order to ensure peace -- must be proactive, not reactive. It cannot pull off another Philippines.

But China only understands the language of power.

So, for Quad to be sucessful, it must come out as a military coalition.

The US has already increased its deployment in the South China Sea.

In June, India and Japan conducted a joint exercise in the Indian Ocean.

In July, India and the US conducted maritime drills in the Indian Ocean.

Japan is now a part of the annual malabar military exercise.

Something that began in 1992, as a bilateral naval exercise between the US and India.

There is also a lot of talk about Australia joining these drills.

Together, the Quad can make a formidable force.

Look at the numbers -- China has an army of 2 million.

The combined army of India, the US, Japan and Australia is 2.2 million.

New Zealand, South Korea and Vietnam have already been invited to the talks once. They were called the plus three countries.

They joined to talk about the coronavirus pandemic, with the Quad intending to find resonance worldwide.

But first the members will have to show intent and commitment, put their money where the mouth is, and speak out without mincing words and hiding behind diplomatic jargon.

For all the hype around this meeting however, they did not even issue a joint statement.

The Quad is an idea whose time has come, but the ideas need implementation.