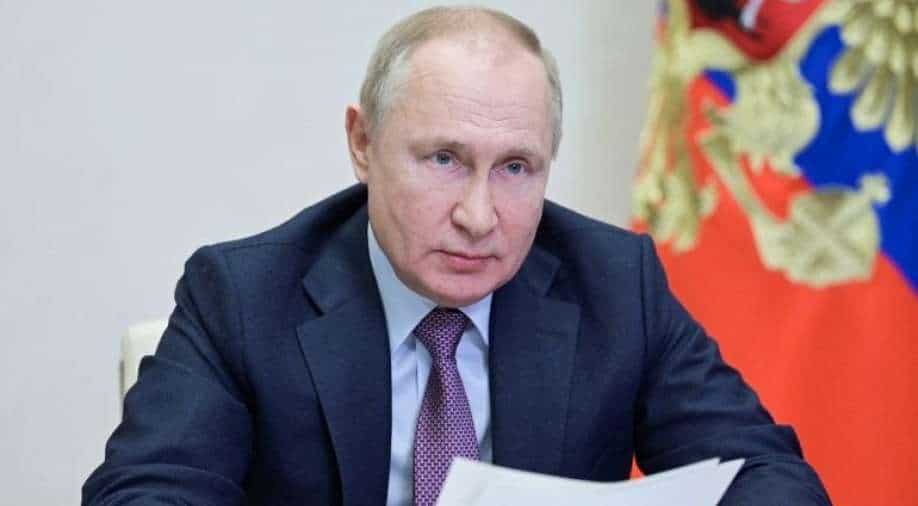 Russian President Vladimir Putin said on Monday that he is mulling the idea of recognising independence of Ukraine's two breakaway regions. He said that leaders of these territories in eastern Ukraine have appealed him to do so.

"Our goal is to listen to our colleagues and determine our next steps in this direction, bearing in mind both the appeals of the leaders of the DNR (Donetsk People's Republic) and LNR (Lugansk People's Republic) to recognise their independence," Putin said while opening a televised security council meeting.

He said that tensions between Russia and the West over Ukraine posed a threat to Moscow.

"The use of Ukraine as an instrument of confrontation with our country poses a serious, very big threat to us," Putin said adding that Moscow's priority was "not confrontation, but security".

The Russian parliament has also asked Putin to recognise the pro-Moscow separatist territories, which declared themselves independent of Kyiv's rule after Ukraine's 2014 pro-EU revolution.

Also Read | 'To be killed or sent to camps': US claims Russia plans to target dissidents in Ukraine

Calls for recognition from the rebels came as the Ukraine crisis escalated sharply on Monday, with fears mounting that Russia is paving the way for an all-out invasion of its western neighbour.

"I ask you to recognise the sovereignty and independence of the Lugansk People's Republic," separatist Leonid Pasechnik said in a video aired on Russian state television.

Denis Pushilin, the rebel head of the Donetsk People's Republic, made a similar appeal.