'To be killed or sent to camps': US claims Russia plans to target dissidents in Ukraine 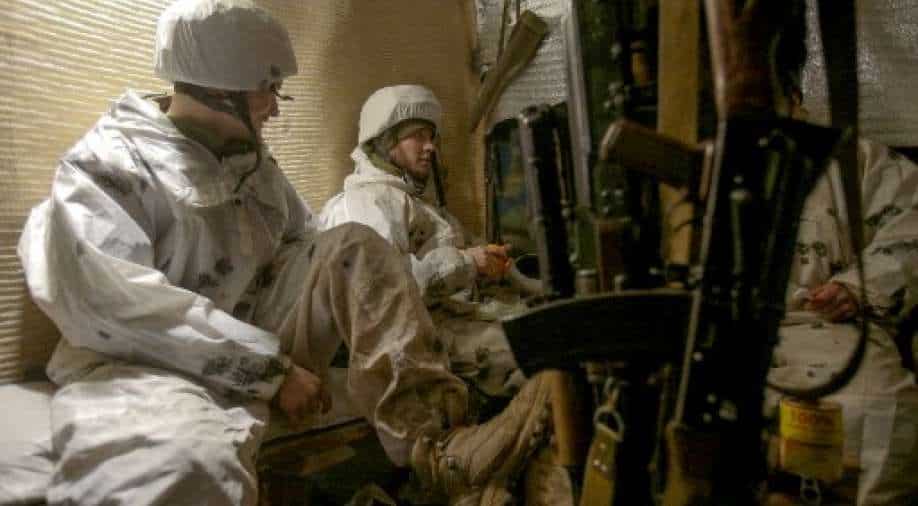 The letter warns of widespread "human rights violations and abuses," as well as the use of unjust force against demonstrators.

The United States has informed the United Nations that it believes Russia is planning to kill or detain a substantial number of critics, dissidents, and "vulnerable communities" in Ukraine during an invasion.

The report was refuted by the Kremlin.

The Washington Post reported on Sunday evening that Ambassador Bathsheba Nell Crocker, the United States' representative to the United Nations and other international organisations in Geneva, made the claims in a letter to Michelle Bachelet, the United Nations High Commissioner for Human Rights.

The Ambassador stated in the letter that "We have credible information that indicates Russian forces are creating lists of identified Ukrainians to be killed or sent to camps following a military occupation."

According to Crocker in the letter, the US believes Russia will "likely target those who oppose Russian actions, including Russian and Belarusian dissidents in exile in Ukraine, journalists and anti-corruption activists, and vulnerable populations such as religious and ethnic minorities and LGBTQI+ persons."

The letter warns of widespread "human rights violations and abuses," as well as the use of unjust force against demonstrators. 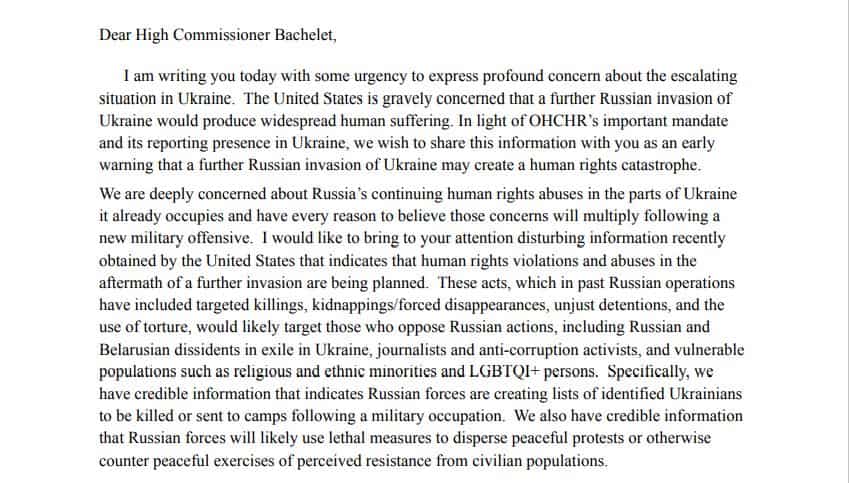 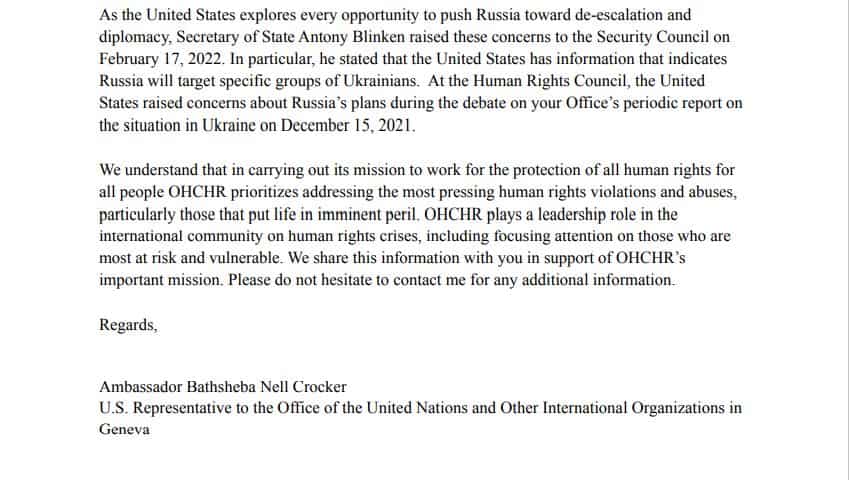 Crocker, in her letter, says she was writing to the UN high commissioner for human rights because of its mandate and its presence in Ukraine.

The letter was released following the most recent round of diplomacy, which saw Joe Biden and Vladimir Putin agree in principle to hold a summit between the two presidents to de-escalate the Ukraine crisis.