Protests trigger revival of coronavirus in many US states, Florida records a 46% leap 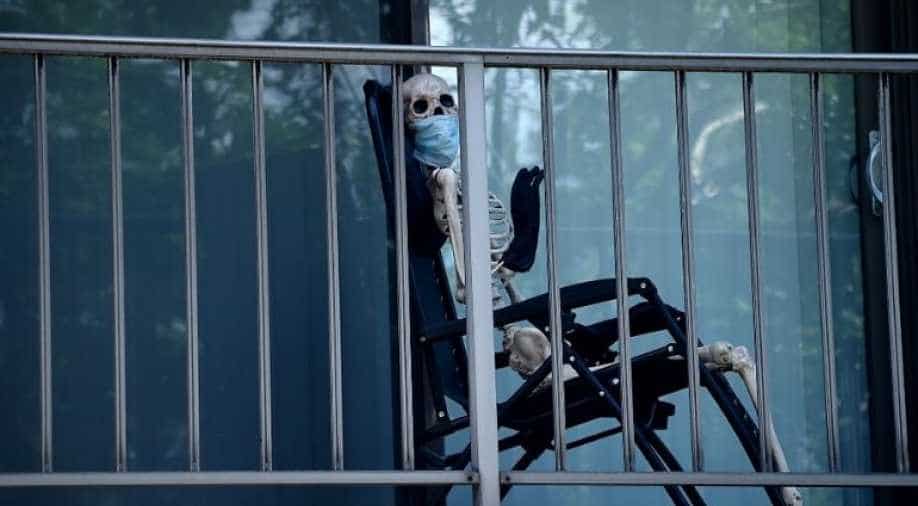 A creepy Halloween skeleton wearing a face mask is on display on a balcony of an apartment, amid the coronavirus pandemic on June 7, 2020 in Washington, DC. Photograph:( AFP )

Owing to the sudden onset of people on the streets to fight racial injustice, the number of cases in almost half of US states have started increasing

United States was in the process of reopening its states when the protests over the murder of George Floyd broke out across the country.

Owing to the sudden onset of people on the streets to fight racial injustice, the number of cases in almost half of US states have started increasing.

A recent study pointed out how lockdowns in states prevented many deaths in the country, even with President Donald Trump head-set on reopening the economy even during the peak of the virus in the country, which is now believed to have passed.

The COVID-19 pandemic, which originated in China has infected over 1.9 million people, and has killed 110,000 in the country alone.

After showing signs of rebating, 22 states recently saw a surge in the number of coronavirus cases. At the same time, 20 states saw a drop in the number of cases, while eight states have maintained the same pace in terms of infections.

Florida alone witnessed a 46 per cent surge in the number of COVID-19 cases over the last week. Currently, the state is reopening, which has been halted due to the ongoing protests. 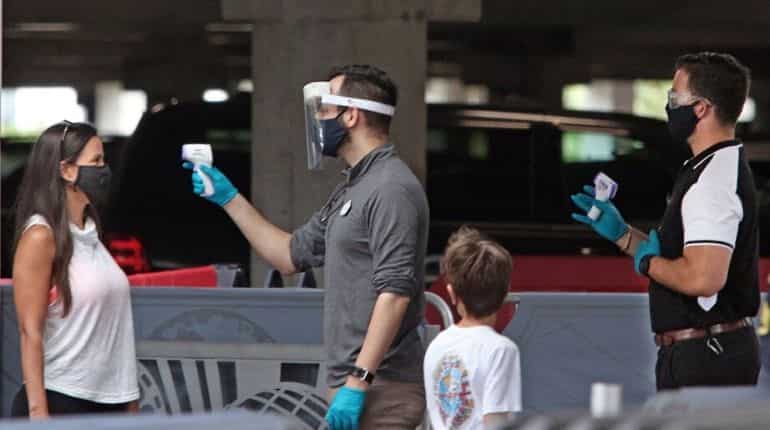 Visitors have their temperatures checked as they arrive at Universal Studios theme park on the first day of reopening after the shutdown during the coronavirus pandemic, on June 5, 2020, in Orlando, Florida. | AFP

Coronavirus is not slowing down, but instead travelling from country to country. On Sunday, the World Health Organization reported the highest ever number of cases for a single day since the pandemic began in December.

WHO Director-General Tedros Adhanom Ghebreyesus said, "Yesterday, more than 136,000 cases were reported - the most in a single day so far… Almost 75% of yesterday's cases come from 10 countries, mostly in the Americas and South Asia."