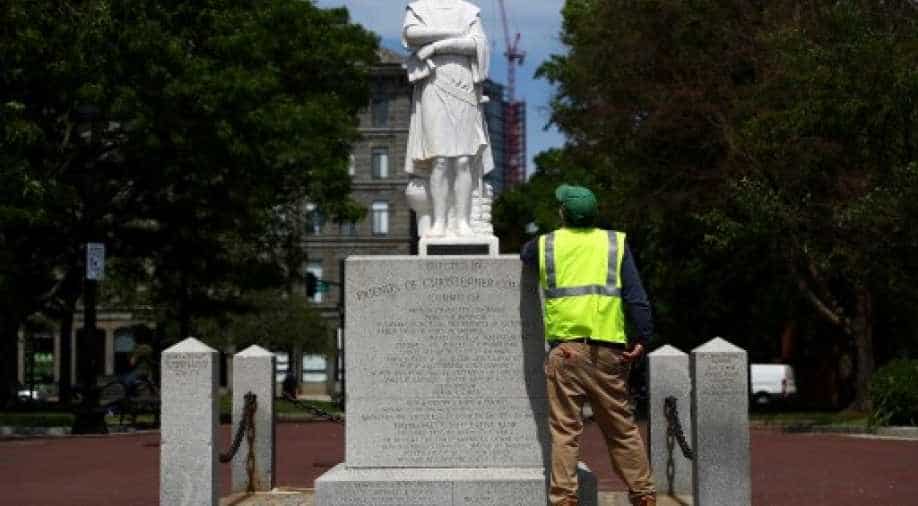 Anti-racism protestors are demanding their legacies be revisited and their often imposing statues be torn down and consigned to the trash heap of history.

From Cecil Rhodes in England and Captain James Cook in Australia to Christopher Columbus in the United States and King Leopold II in Belgium, the imperialists are under attack, sometimes from the descendants of those they once colonised.

Anti-racism protestors are demanding their legacies be revisited and their often imposing statues be torn down and consigned to the trash heap of history.

The cause -- a sweeping global reassessment of history and racism triggered by the May 25 death of George Floyd, a black man who died after a Minneapolis police officer knelt on his neck for nearly nine minutes while detaining him.

Such is the anger that the movement has broadened to target colonialists, monarchs and explorers, who in some cases destroyed or enslaved local populations across the world in the European scramble for empire and treasure.

It has also reignited debate in the United States over symbols associated with the South's pro-slavery Confederacy.

Opponents of the symbols, including monuments, memorials and the Confederate flag, consider them emblems of slavery, racism and US xenophobia. Supporters say they represent the South’s heritage and culture, and serve as a memorial to Confederate casualties during the 1861-65 Civil War.

In Britain, protestors pulled down a statue of Edward Colston, a 17th Century slave trader, in the English city of Bristol on Sunday and dumped it in the harbour. It has been retrieved and will be placed in a museum.

A statue of wartime leader Winston Churchill was scrawled with the words "was a racist" and obscene language during an anti-racist protest in central London on Sunday.

Prime Minister Boris Johnson said it was "absurd and shameful" that a Churchill statue should be at risk of attack, and that we should not "try to edit or censor our past."
Italian explorer and colonialist Christopher Columbus was pulled down in Virginia on Tuesday.

In the northeastern French town of Lille, outrage over Floyd’s death has brought new energy to a campaign to remove a statue of General Louis Faidherbe, who played a role in the colonialisation of Algeria in the 1840s and was governor of Senegal under Napoleon III.

In France, along with George Floyd, protestors are chanting another name -- Adama Traore. He died on his 24th birthday in the year 2016.

The sister of the deceased black frenchman, Assa Traore, says, "George Floyd and my brother died in exactly the same way. Adama carried the weight of three gendarmes on his body. He suffered force to his abdomen -- that's what the police said on the evening of the death of my little brother."

In Australia, the movement is focussed on the mistreatment of indigenous natives.

This is, perhaps, the biggest anti-racist movement of the world in recent years. And there are bound to be chaos... But has anything been achieved without it?