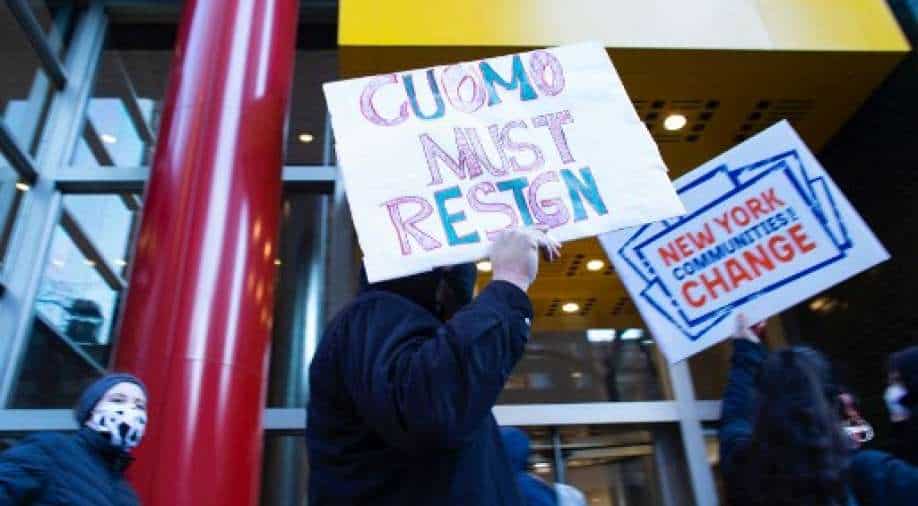 Democrats and Republicans have called for Cuomo's resignation amid the sexual assault charges.

Cuomo has been facing heat over alleged underreporting of COVID-19 fatalities in New York nursing homes. The New York governor on Monday had referred himself for investigation over sexual misconduct allegations by two ex-aides.

"I was trying to be a mentor to her. I never made advances toward Ms. Bennett nor did I ever intend to act in any way that was inappropriate," Cuomo said while defending himself against the allegations and called for "a full and thorough outside review".

Another woman, Anna Ruch, came forward to alleged Cuomo attempted to sexually harass her as she pushed away during a wedding in September 2019.

The New York governor had allegedly asked Ruch if he could kiss her. Ruch said the incident left her "confused and shocked and embarrassed."

Democrats and Republicans have called for Cuomo's resignation amid the sexual assault charges.

Cuomo has denied he physically touched anyone while he apologised if any of his remarks or behaviour was interpreted as flirtatious.

Meanwhile, Cuomo has hired a criminal defence lawyer Elkan Abramowitz to represent his office into the state's misreporting of coronavirus deaths among nursing home residents.