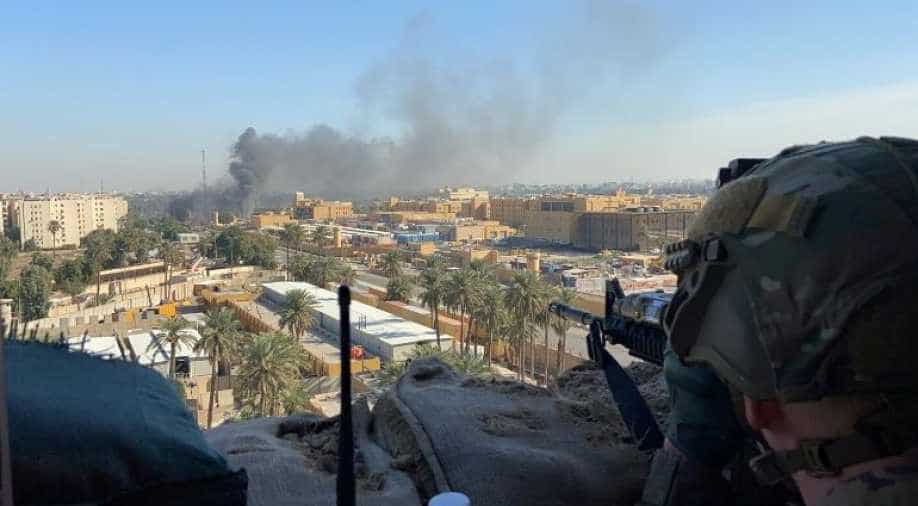 The protests, led by Iranian-backed militias, posed a new foreign policy challenge for US President Donald Trump, who faces re-election in 2020.

Protesters angry about US airstrikes on Iraq hurled stones and torched a security post at the US Embassy in Baghdad on Tuesday, setting off a confrontation with guards and prompting the United States to send additional troops to the Middle East.

The protests, led by Iranian-backed militias, posed a new foreign policy challenge for US President Donald Trump, who faces re-election in 2020. He threatened to retaliate against Iran.

The State Department said diplomatic personnel inside were safe and there were no plans to evacuate them.

Embassy guards used stun grenades and tear gas to repel protesters, who stormed and burned the security post at the entrance but did not breach the main compound.

The Pentagon said that in addition to Marines sent to protect embassy personnel, about 750 soldiers from the 82nd Airborne Division were being sent to the Middle East and that additional troops were prepared to deploy over the next several days.

"This deployment is an appropriate and precautionary action taken in response to increased threat levels against US personnel and facilities, such as we witnessed in Baghdad today," US Defense Secretary Mark Esper said in a statement.

US officials, speaking on condition of anonymity, said the 750 troops would initially be based out of Kuwait. The officials said that as many as 4,000 troops could be sent to the region in the coming days if needed. 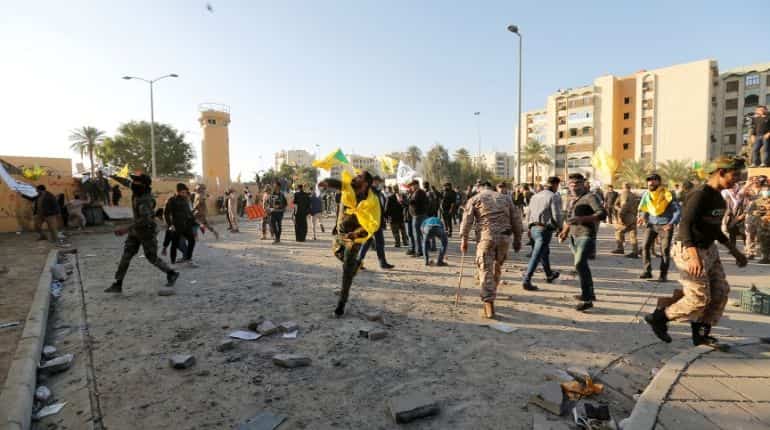 More than 5,000 US troops are stationed in Iraq supporting local forces.

The unprecedented attack on an American diplomatic mission in Iraq marked a sharp escalation of the proxy conflict between the United States and Iran both influential players in the country - and plunged US relations with Iraq to their worst level in years.

The United States and its allies invaded Iraq in 2003 and ousted Saddam Hussein. But political stability has been elusive.

"Iran will be held fully responsible for lives lost, or damage incurred, at any of our facilities. They will pay a very BIG PRICE! This is not a Warning, it is a Threat," Trump said in a tweet.

Iran, under severe economic duress from punishing US sanctions put in place by Trump, denied responsibility.

"America has the surprising audacity of attributing to Iran the protests of the Iraqi people against (Washington's) savage killing of at least 25 Iraqis," Iranian Foreign Ministry spokesman Abbas Mousavi said. 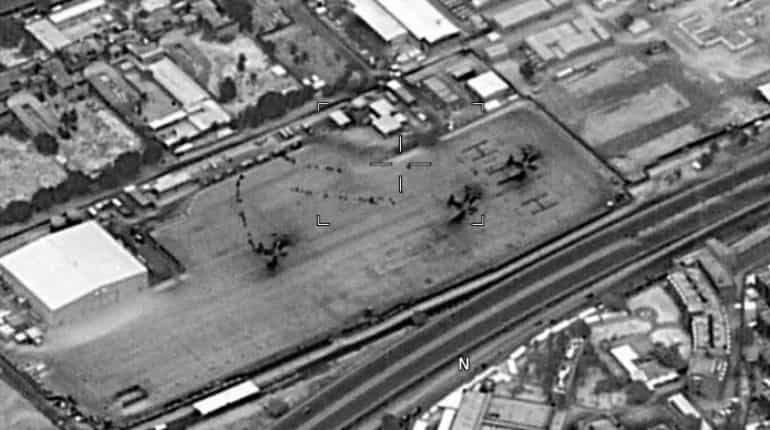 The embassy incident came seven years after the 2012 attack by armed militants on the US diplomatic compound in Benghazi, Libya, that resulted in the death of the US ambassador and three other Americans and led to multiple congressional investigations.

The protests followed US airstrikes on Sunday on bases operated by the Iranian-backed militia Kataib Hezbollah inside Iraq, which killed at least 25 fighters and wounded 55. The strikes were retaliation for the killing of a US civilian contractor in a rocket attack on an Iraqi military base, which Washington blamed on Kataib Hezbollah.

"Iran killed an American contractor, wounding many. We strongly responded, and always will," Trump said in a tweet. "Now Iran is orchestrating an attack on the US Embassy in Iraq. They will be held fully responsible."

Democrats upset that Trump ditched the Iran nuclear deal negotiated by Democratic President Barack Obama in 2015 were quick to pounce on the incident as a failure of Trump's Iran policy.

"The predictable result of the Trump administration’s reckless bluster, escalation, and miscalculation in the Middle East is that we are now hurtling closer to an unauthorized war with Iran that the American people do not support," said US Senator Tom Udall, a Democratic member of the Senate Foreign Relations Committee.

The protesters joined briefly by Iranian-backed Shi'ite Muslim militia leaders, threw stones at the embassy gate, while others chanted: "No, no, America! No, no, Trump!" 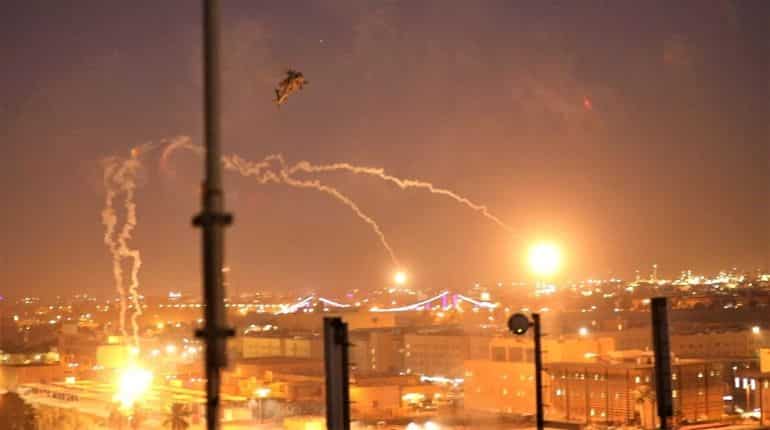 The embassy has been hit by sporadic but non-lethal rocket fire in recent months, and was regularly shelled following the US-led invasion of 2003, but had not been physically attacked by demonstrators in that way before.

US Secretary of State Mike Pompeo told CBS News that US officials never contemplated evacuating the embassy and had kept the heat on Iraqi officials to ensure the compound was safe.

"We reminded them throughout the day of their continued responsibility," he said.

The Popular Mobilisation Forces, an umbrella grouping of the militias that have been officially integrated into Iraq's armed forces, said 62 militiamen and civilians were wounded by the tear gas and stun grenades fired to disperse the crowd.

A Reuters witness saw blood on the face of one wounded militiaman and on the stomach of the other as their colleagues carried them away.

Iraqis have been taking to the streets in the thousands almost daily to condemn, among other things, militias such as Kataib Hezbollah and their Iranian patrons that support Abdul Mahdi's government.

Kataib Hezbollah is one of the smallest but most potent of the Iranian-backed militias. Its flags were hung on the fence surrounding the embassy.