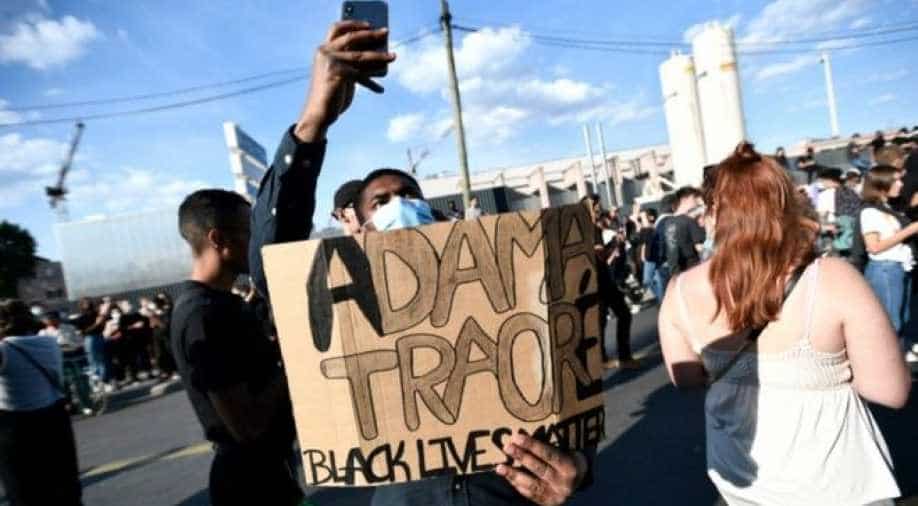 The death of Adama Traore, 24, has been likened to the killing of George Floyd in the US, whose death has sparked protests across the country.

Clashes broke out between police and protesters in Paris on Tuesday after around 20,000 people defied a ban to rally over the 2016 death of a black man in police custody, galvanised by US demonstrations against racism and deadly police violence.

The protesters used slogans from the American protest movement to call for justice for Adama Traore, whose death four years ago has been a rallying cause against police brutality in France.

The demonstration, which came after the release of two differing medical reports into the cause of Traore's death, had been prohibited by police citing a coronavirus ban on gatherings of more than 10 people.

The death of Adama Traore, 24, has been likened to the killing of George Floyd in the US, whose death has sparked protests across the country.

Also read: Is US on the brink of another civil war?

The Paris police chief has rejected charges of racism against his force.

About 20,000 people defied the order on mass gatherings to join the protest. Initially peaceful, the march turned violent, with stones thrown at police and tear gas fired back. 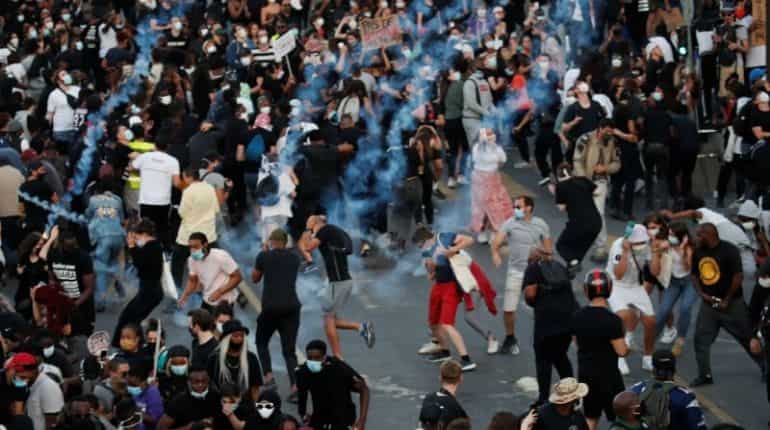 People run from tear gas as they attend a banned demonstration planned in memory of Adama Traore, a 24-year old black Frenchman who died in a 2016 police operation which some have likened to the death of George Floyd in the United States, in front of courthouse in Paris, France June 2, 2020| REUTERS

There were also demonstrations in other cities, including Marseille, Lyon and Lille. Some of the demonstrators carried Black Lives Matter placards - the movement that began in the US and has spread internationally.

Mr Traoré died in a police station after being apprehended by officers in the Paris suburbs and losing consciousness in their vehicle.

One of the officers told investigators that he and two colleagues pinned down Mr Traoré using their bodyweight.

Official reports indicate he died of heart failure, possibly due to an underlying health condition. Last Thursday, the officers who detained Mr Traoré were exonerated by a police investigation.