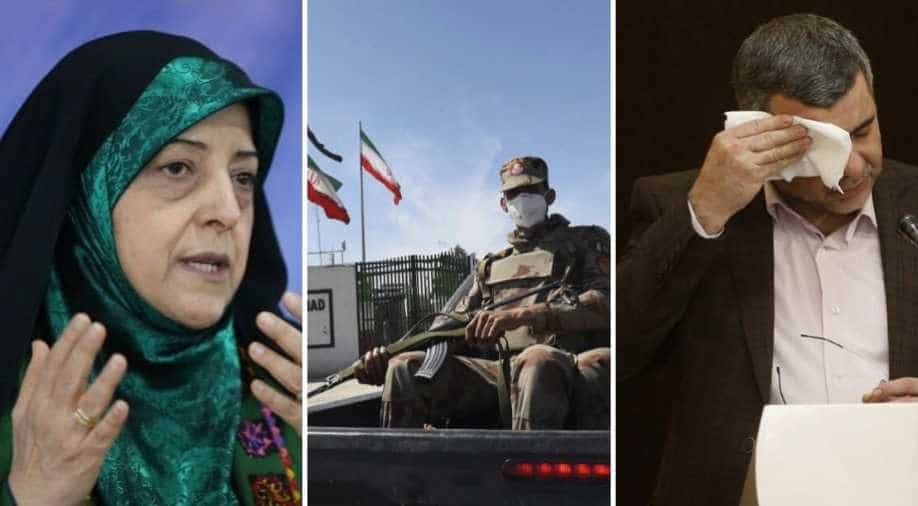 In a dramatic development last week, the country's deputy health minister Iraj Harirchi had admitted in a press conference that he too was suffering from the virus

A prominent Iranian cleric and diplomat Hadi Khosroshahi died due to the coronavirus, the state broadcaster said as the death toll due to the disease shot up to 26 in the country with at least 245 confirmed cases.

As the virus continued to spread in Iran, several countries including the United Arab Emirates, Armenia, Kuwait, Iraq and Turkey suspended passenger and cargo flights to and from Iran. Authorities called off Friday prayers in the country as a preventive measure, the state broadcaster said.

Iran had announced the first death due to the virus last Wednesday. In a dramatic development last week, the country's deputy health minister Iraj Harirchi had admitted in a press conference that he too was suffering from the virus.

MP Mahmoud Sadeghi had confirmed that he had the virus while adding that he did not "have much hope of staying alive".

Qom is considered the epicentre of the outbreak but it hasn't been quarantined. To make matters worse, Iran's vice president Masoumeh Ebtekar tested positive for coronavirus, local media reports said. Mojtaba Zolnour, head of parliament's national security and foreign affairs committee, is also infected and is in quarantine.

President Hassan Rouhani expressed confidence the authorities were on the right track.

"The reports I have received from the health minister are promising. We are moving towards controlling the virus," he said even as the United States said Iran may have "suppressed vital details" about the outbreak.

In neighbouring Iraq, five confirmed cases of the COVID-19 virus were reported traced to Iran with religious tourism receiving a huge setback in the holy city of Karbala where hotels have closed and face masks have become common.

Meanwhile, WHO said the coronavirus was at a "decisive point" even as Saudi Arabia banned pilgrims from visiting Islam's holiest sites.

"We're at a decisive point," WHO chief Tedros said, adding," If you act aggressively now, you can contain this virus, you can prevent people getting sick, you can save lives."

"It's what's happening in the rest of the world that's now our greatest concern," Tedros added.

French President said: "We are facing a crisis, an epidemic that is coming."