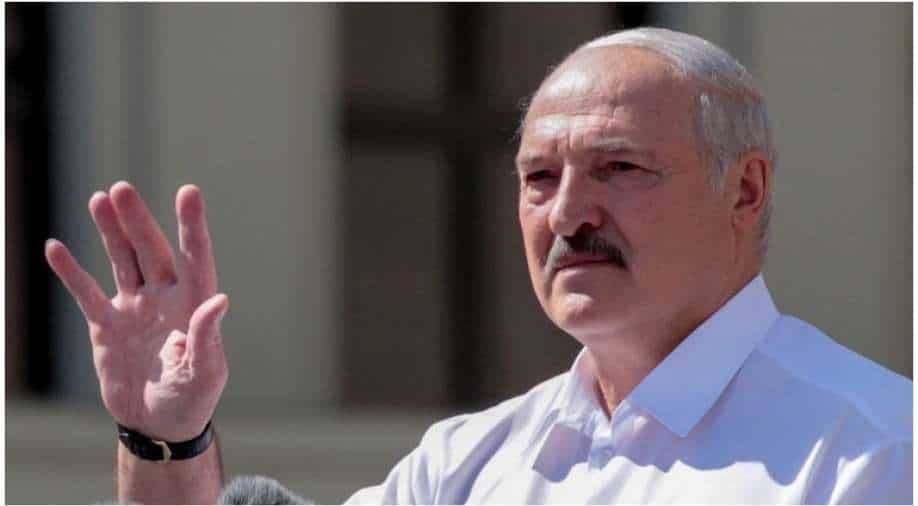 Belarus and its President Alexander Lukashenko continued facing global flak over the Ryanair plane incident. Late on Sunday (Indian time), Belarus sent a fighter jet to divert a Lithuania-bound plane and forced it to land in Belarus. The authorities then swooped in and arrested Roman Protasevich (26) an activist who until recently had run the Nexta telegram channel that galvanised huge protests against Alexander Lukashenko

In very early hours of Monday (Indian time), Belarus and Lukashenko were on the receiving end with global leaders and diplomats like EU's Ursula von der Leyen, US Secretary of State Antony Blinken and others expressing outrage. Belarus' act was even denounced as an act of "state terrorism".

On Monday, the pressure on Belarus increased. UK ordered its aircraft not to use Belarusian space. The country even suspended Belavia's operations in Britain. Belavia is Belarus' flag carrier.

UK was followed by Ukraine as President Volodymyr Zelensky ordered the government to stop flights in and out of Belarus.

"The president instructed the government to work out a decision on the termination of direct flights between Ukraine and the Republic of Belarus," the presidency said in a statement.

Ukrainian planes would not fly through Belarus airspace, the statement added.

Prime Minister Denys Shmygal announced an extraordinary government meeting to be held on Tuesday to discuss the order.

Berlin, London and Brussels summoned the Belarusian ambassadors, as exiled opposition leader Svetlana Tikhanovskaya called for an independent probe, new sanctions and for Minsk to be excluded from international aviation bodies.

It is expected that the European Union would decide to impose tougher sanctions on Belarus.

Russia came forward on Monday to back the cornered Belarus. It said that the approach taken by Belarus to handle the plane incident was "reasonable"

"A representative of the Belarusian foreign ministry... stressed the readiness of the Belarusian authorities to act on the issue in a transparent manner and to follow all international rules," said Russian Foreign Minister Sergei Lavrov during a press conference following a meeting with his Greek counterpart.

"I think this is an absolutely reasonable approach."

He called on the global community to "soberly assess the situation".

Just one day after the Ryanair incident, a Lufthansa passenger flight was suspended in Minsk after a security alert. After a fresh security check. The Frankfurt-bound plane took off around 1330 GMT